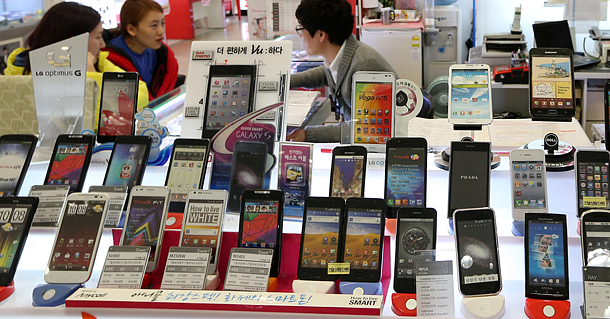 The first round of discussion on the basic mobile communication fee ended by reducing the fee by 11,000 won ($9.50) for low-income customers and seniors who receive the basic pension. But the controversy has only just begun. The state administration advisory committee did not withdraw the plan to abolish the basic fee, but set it as a long-term task. A social discussion apparatus including the National Assembly, civil groups, experts and mobile communication providers will be created. External opinions affect the price policy of private companies.

The Fair Trade Commission is investigating possible fixes, and there are talks of creating a fourth mobile communication service provider or making the cost public. Pressures are likely to escalate in many ways.

Here, I dare to raise the most basic question, which I am sure will be criticized. Why should the communications fee be reduced?

Various statistics prove these claims are false. In a study of 34 member countries of the Organization for Economic Cooperation and Development (OECD), Korea’s mobile communication fee was 15 to 39 percent cheaper than the OECD average in all five groups based on voice calls and data usage in terms of purchasing power parity (PPP), which removes differences in price and income level.

The 2015 survey by the Japanese government comparing prices in Tokyo, New York, London, Paris, Dusseldorf, Stockholm and Seoul shows a similar result. In all smartphone usage groups, Seoul was ranked at the second or third lowest.

As a result, Koreans use three times more smartphone data than the global average as of 2017. According to market research agency Strategic Analytics, Koreans use the fourth most data, at 6.37 gigabytes per person, on average. Finnish people use 17.31 GB, Taiwanese 13.3 GB and Japanese 6.64 GB.

I recently heard a joke on Kakao Talk. Two of the eight ways to torture Koreans are related to smartphones and IT: “Prohibiting bringing a smartphone to the bathroom” and “reducing internet speed.” We admit that Koreans use smartphones a lot.

We want to use more and pay less. But in a market economy, nothing comes free. Communication was once a public good like electricity, water and gas, but not anymore.

Before asking to lower the communications charge, consumers need to seriously attempt to cut data usage. If the rate at the service provider of their choice is too high, they can move to a more affordable company.

It is too greedy to want to use the latest smartphone model, enjoy high data speeds and pay less. If you cannot reduce data usage, instead of forcing companies to lower the rate, we can ask for more smartphone addiction rehabilitation programs.