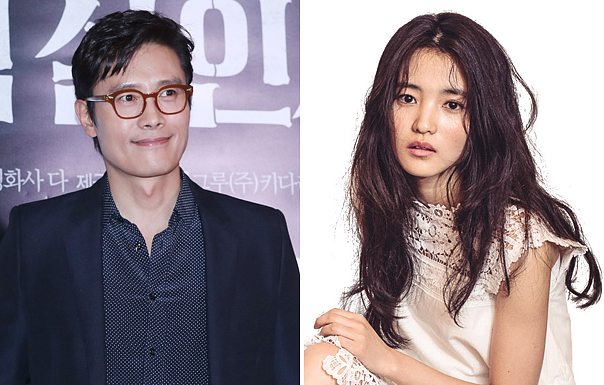 The hottest newcomer to the film industry, Kim Tae-ri, and top male actor, Lee Byung-hun, will star together in an upcoming drama written by famed scriptwriter Kim Eun-sook.

Lee announced his involvement in the project on June 24.

The drama will be Kim Tae-ri’s first television role since she made her breakthrough debut in last year’s “The Handmaiden.”

For Lee, this is a return to television for the first time since the 2009 drama “Iris.”

The casting of not one, but two of the hottest actors in the industry was made possible due to the star-making power of Kim Eun-sook.

Kim is easily regarded as the best dramatist in the industry, churning out hit after hit including “Lovers in Paris” (2004), “Secret Garden” (2010), last year’s “Descendants of the Sun” and the recent mega-hit, “Guardian: The Lonely and Great God.”

The upcoming drama centers on the story of the righteous army in the 1900s, which worked for Korea’s freedom and independence. The drama is set to be broadcast in the first half of 2018.