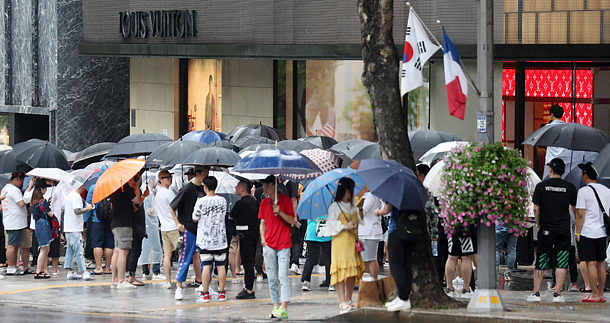 A crowd queues outside the Louis Vuitton store in Cheongdam-dong, southern Seoul, on Friday. The luxury fashion house released its 2017 Fall-Winter collection in collaboration with Supreme, best known for its street apparel. Sales began at pop-up stores in eight countries last week and have generated great hype in the fashion world. [YONHAP]