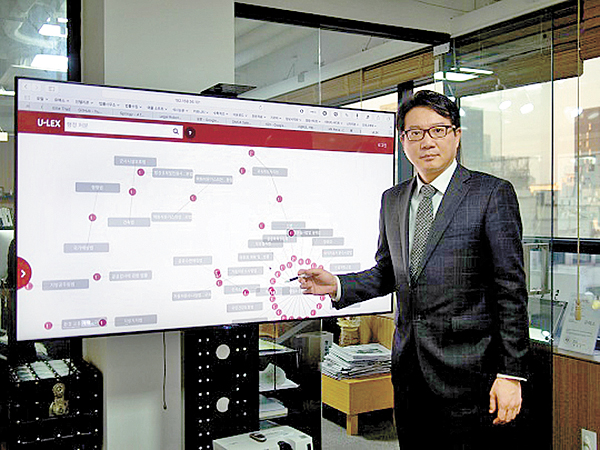 Participants from around the globe took part in a legal battle in London on June 13, pouring over pertinent laws for more than an hour. Most interesting of all, the competitors were computers.

The event was the highlight of the 16th International Conference on Artificial Intelligence and Law (Icail), which focusd on the practical application and development of AI. South Korean Intellicon Metalab’s i-LIS (Intelligent Legal Information System) has been the victor for two consecutive years.

Attorney Lim Young-ik is the developer behind i-LIS. While he majored in biology, the nucleus for i-LIS began in the early 2000s, when Lim traveled to the United States, where the implications behind AI were sweeping the country. The subject of conversation at that time was the application of AI in augmenting the fields of medicine and law.

Astronomical sums were already being invested in the development of medical AI and these systems were being exported to Korea. Unlike medicine, however, law remained comparatively untouched.

Back in Korea, Lim prepared for the Korean bar exam and completed the two-year training courses mandatory at the Judicial Research and Training Institute for successful candidates. In 2009, he strove to develop a legal AI, having studied engineering before his venture.

“We didn’t borrow foreign company’s technologies and it took over five years in order to ensure the proprietary technology,” says Lim.

According to Lim, Intellicon Metalab is made up of an artificial intelligence team, a legal analysis team and a multi-disciplinary legal convergence team that studied both areas.

The most time intensive process was the development of the i-LIS algorithm, Lim says.

Lim now intends to create an AI legal secretary for both clients and jurists. For clients, the legal AI will serve as a consultation system whereby they can input their legal needs and i-LIS will find the relevant statutes and precedents before clients take their business to a legal office. For jurists, i-LIS can be a complementary service whereby jurists can input keywords to expedite basic analysis.