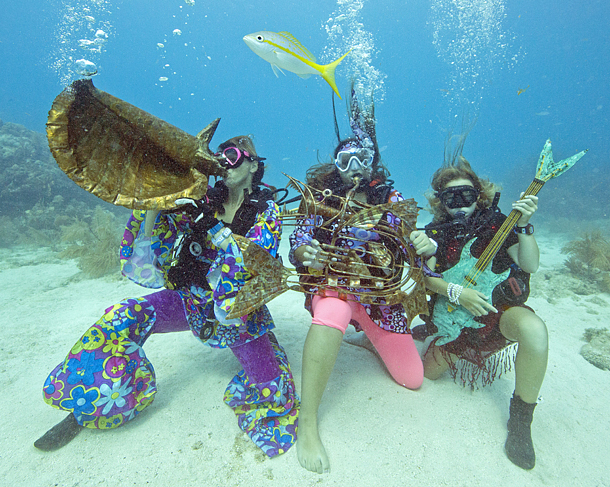 “We have a captive audience down there,” said Bill Becker, the event’s co-founder and the station’s news director. “We have divers and snorkelers listening to public service announcements about reef preservation, coral reef etiquette and diver awareness.

“It’s things that they can do to lessen their impact on the coral reef,” he said.

“We just wanted to get their attention,” laughed Becker.

Other songs included Jimmy Buffett’s “Fins,” the theme from the television classic “Flipper” and “Atlantis” by Donovan.

Participants in the water could hear the broadcast via Lubbell Laboratory waterproof speakers strategically hung from boats floating above the reef.

Becker described the underwater listening experience at “ethereal,” saying that the sound was not loud, but very clear and it seemed that music could be “felt through your body and not just through your ears.”