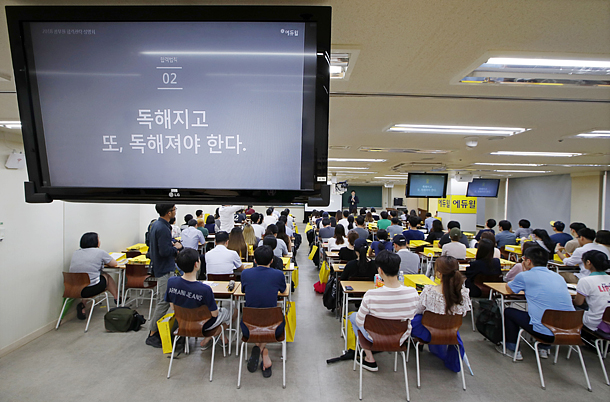 Eduwill, a cram school, holds a lecture on how to prepare for the government exam at one of its branches in Dongjak District, southern Seoul, on Sunday. Applicants for the government exam are on the rise after the Moon Jae-in government announced a plan to increase hiring in the public sector as part of its attempt to solve the high unemployment rate among young people. [YONHAP]