SK looks for opportunities in China

SK looks for opportunities in China 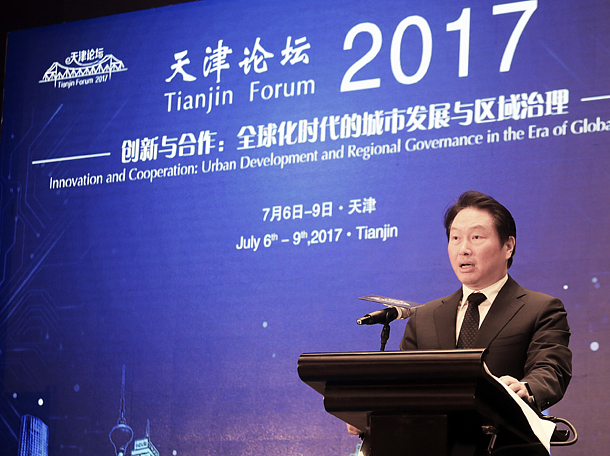 SK Group Chairman Chey Tae-won speaks about the problems and solutions of urbanization at the biannual Tianjin Forum 2017 held in Tianjin, China, on Friday during his visit to the city. [SK GROUP]

SK anticipates similar results from the most recent round of talks, it said in a statement.

According to the group, the petrochemical joint venture has been making profits of over 300 billion won ($260 million) annually since 2015.

“As SK has competitiveness in artificial intelligence, semiconductors, batteries and renewable energy, we hope to create business opportunities that could be a booster for both SK and Tianjin,” Chey said.

Li also mentioned the ongoing project to develop the capital region of China - referred to as Jing-Jin-Ji or Beijing-Tianjin-Hebei - and asked for SK’s participation in the project.

Despite lingering political tension between Korea and China over the deployment of the Thaad antimissile system, SK announced it will continue working to build stronger business relationships with China, the largest consumer market in the world.