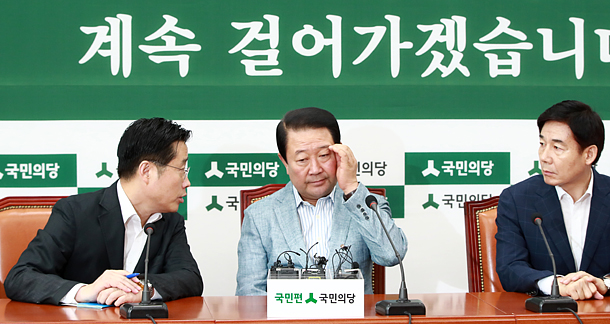 The voice on the tape claimed to be Moon Joon-yong’s friend from his time at Parsons School of Design in 2010. It turned out the voice was actually that of the brother of a member of the party, Lee Yu-mi.

Lee Yu-mi, the CEO of a startup company, was reported to have faked the materials because she was under growing pressure from Lee Jun-suh to provide evidence to be used against Moon. Lee Jun-suh denied having colluded with Lee Yu-mi.

“The charge against the 37-year-old brother of Lee Yu-mi is clear andheavy,” said a prosecution official of the Seoul Southern District Prosecutors’ Office.