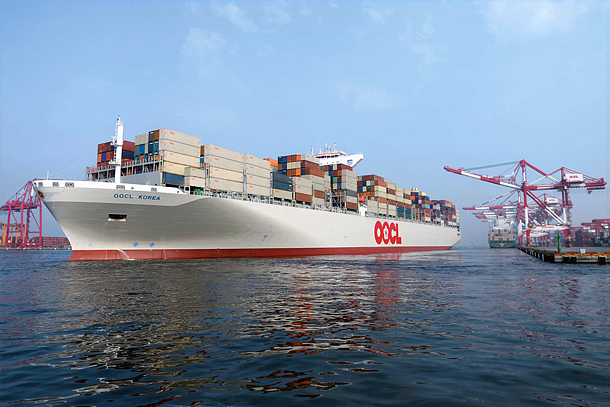 After Korea’s largest shipping company Hanjin Shipping went under last year, a number of global shipping giants are pursuing mergers and acquisitions in order to survive as the industry remains sluggish.

Korea, however, is left out of the M&A game.

The latest offer was made by Chinese shipping giant Cosco Shipping Holdings on Monday to acquire shares of Orient Overseas International Lines (OOIL), the world’s seventh largest shipping company, at an offer price of HK$78.67 ($10.07) in cash, a 37.8 percent premium over the stock’s last closing price.

The takeover would make the Chinese company the world’s third biggest container line after Danish Maersk Line and Swiss-based Mediterranean Shipping Company, though the deal is dependent upon the satisfaction of preconditions, which include the necessary regulatory approvals as well as the agreement of Cosco Shipping Holdings shareholders.

According to Cosco Shipping Lines, a subsidiary of Cosco Shipping Holdings, the combination of the two companies will operate more than 400 vessels over a much expanded network, with their capacity exceeding 2.9 million twenty-foot equivalent units.

Post-deal, Cosco will hold 90.1 percent of OOIL shares while Shanghai International Port, which is also participating in the acquisition with the Chinese shipping line, will hold the remaining 9.9 percent share.

Last week, Japan’s three major container shipping lines - Nippon Yusen Kabushiki Kaisha (NYK), Mitsui O.S.K. Lines (MOL), and Kawasaki Kisen Kaisha (K Line) - also announced that they had established a new container shipping company, Ocean Network Express (ONE), by integrating their businesses. According to Nikkei Asian Review, “ONE will be the only container line in Japan with international shipping operations and will hold about 7 percent of the global transport capacity.”

The integration comes roughly eight months after an initial announcement in October last month. There are some remaining processes to finalize the merger but it is likely the deal will be approved.

The push by shippers worldwide is largely due to tough conditions in the container shipping market. In 2016 Hanjin Shipping suddenly exited the industry due to bankruptcy.

To tackle global oversupply, shipping companies are finding partners for M&As to further increase economies of scale and networks without increasing the overall capacity by ordering new ships.

Korea, however, has been going against the global trend, as the government decided to abandon the debt-ridden Hanjin Shipping.

“Shipping companies in China and Japan are gathering to expand in size but we are now left only with small-sized shippers which do not have the financial capability to grow on their own at the moment,” said a source from the local shipping industry that declined to be named. “Governments in those countries are supporting shippers, but our government still needs to work on how to revive the local shipping industry.”

Hyundai Merchant Marine is now the sole surviving international shipper in Korea, along with a smaller local company SM Line, a new container line born from the left over assets of Hanjin Shipping.

“The active mergers and acquisitions are due to continue as market conditions remain pretty tough,” a spokesperson for Hyundai Merchant Marine said. “There have been foreign media spotlighting Hyundai as another feasible target of acquisitions, but as the Korean government is left with not many options such a deal is not likely for the time being.”