The 10 lives of Shutterstock’s Jon Oringer

The 10 lives of Shutterstock’s Jon Oringer 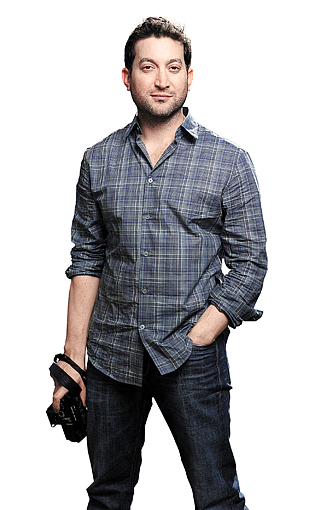 NEW YORK - If the West Coast of the United States has Silicon Valley, the East Coast has Silicon Alley.

The metonym refers to an area in Manhattan that is packed with internet and new media companies. When the New York economy was slumping in the mid-1990s, many internet firms relocated to empty offices south of 41st Street. Those firms were mostly engaged in content creation that brought broadcasting, publishing, media and advertising into the online realm. The New York City government lent its support to these businesses, offering tax cuts and cheaper rent.

Shutterstock, headquartered in the Empire State Building, was one of the forerunners of Silicon Alley. Established in 2003 in New York, the stock photo provider operates a monthly subscription service that gives users access to a database of over 100 million images and five million video clips.

The company has posted double-digit growth in the past few years and last year saw revenue near $500 million on the back of its global content platform that connects some 190,000 contributors, mostly photographers, to creative professionals and marketers.

Jon Oringer founded Shutterstock and still serves as CEO. After the company was listed on the New York Stock Exchange in October 2012, Oringer, now 43, entered the ranks of some of the world’s richest entrepreneurs.

When asked why he did not go to Silicon Valley to start his business during a recent interview in his office in New York City, the Scarsdale native said it was because he did not need an investor as many start-ups typically do.

During Shutterstock’s beginnings, Oringer did everything on his own, from taking the stock photos to designing the website and taking phone calls from customers. When hiring for the stock photo company, he sought developers rather than photographers, and even now, the majority of employees at Shutterstock are IT experts rather than artists.

Oringer studied mathematics and computer science at Stony Brook University and earned a master’s in computer science at Columbia. He always felt a strong pull toward entrepreneurship, but it wasn’t easy. By his estimation, Oringer founded about 10 start-ups, most of which had him as the sole employee. All of them folded before he created Shutterstock. In one case, a pop-up blocker that Oringer developed and sold became irrelevant overnight when Microsoft added the feature to Internet Explorer.

Through his failures, Oringer saw potential in stock photos. The idea of providing images on subscription was fresh, clicking with creative professionals who were frustrated by the lack of photos and videos available to them.

“I shot over 30,000 images, put them up on a website and created a subscription at the beginning,” Oringer recalled. They weren’t excellent in quality, but people began purchasing them at a monthly cost of $20.

As photographers began uploading higher-quality photographs, Shutterstock’s user base increased, and now, they pay between $29 and $239 depending on the number of photographs they wish to download per month. The accumulated amount of payments made to contributors surpassed $500 million recently, Oringer said.

Shutterstock now services over 150 countries and has outperformed Getty Images, the longtime dominant player in the industry. It even has Associated Press photographers as contributors. Korea has some 1,000 contributors who have collected around $220,000 for their activity.

Oringer praised New York as an optimal city to start a business targeting a global audience.

“Since we had sizable demand, we would have reaped success even if we launched in Silicon Valley,” he said. “But New York’s international atmosphere is a great upshot. The mere fact that we are located in New York is very complementary.”

As of late, Oringer’s interest has been in artificial intelligence, especially as it pertains to image search. Typing a keyword can yield almost 100 million images, and Oringer wants to see if there’s an easier way to trawl through results.

“We attach 10 to 15 keywords to each respective photograph, but even if a customer enters ‘Jeju’ and ‘pony’ as keywords, the exact image he or she is looking for rarely pops up,” he said.

Shutterstock is developing AI-powered technology that comes up suggestions for images customers want by analyzing their search habits and patterns. The first fruit of this research is an automatic keyword suggestion feature based on machine learning technology.

“Since I went through 10 failures before, I wasn’t afraid of starting Shutterstock,” Oringer said. “This is the best time to do your own business. Launching a company with a single idea is cheaper than ever now for the younger generation, when digital technologies and mobile are combined.”