Taemin set to return with ‘Off-Sick’

Taemin set to return with ‘Off-Sick’ 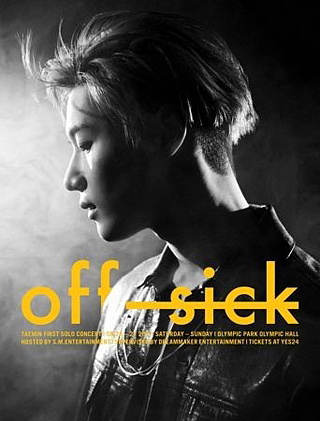 Taemin, member of the boy group Shinee, announced on Tuesday that he plans to hold his first solo concert in August. The concert, titled “Off-Sick,” will feature the singer’s hit songs, unreleased tracks, and cuts from an upcoming album. The album, its title and exact details have not yet been announced. It will be the artist’s third solo album and his first in 18 months.

“Off-Sick,” according to mega agency S.M. Entertainment, is a title with meaning. “‘Sick’ comes from being sick of old-fashioned concepts and performances and ‘Off’ means to turn that worn-out style off,” according to a press release from the agency.

The concert will be held on August 26 and 27, in Olympic Hall at Olympic Park. Tickets will be available on Yes24.

Shinee has had a host of chart toppers in their portfolio since their debut in 2008. Taemin, the youngest of the five-member group, has also had a very successful solo career, with title tracks from both of his solo albums topping the charts.