KT is converting its fleet of vehicles to electric

KT is converting its fleet of vehicles to electric 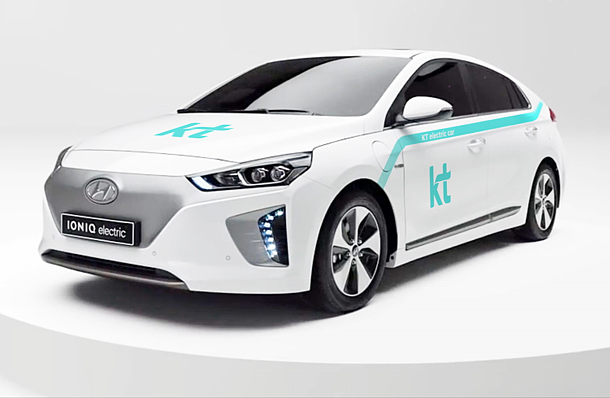 Under the agreement, KT will lease 1,000 Hyundai Ioniq Electric vehicles from Lotte Rental on a long term contract basis by the end of this year. By 2022, KT plans to replace 10,000 of its vehicles - over 90 percent - with EVs on long-term rental contracts.

KT also plans to set up charging stations in more than 400 office buildings it has nationwide. KT sees a business opportunity related to the stations, according to a spokesperson from the company. KT is working on a mobile app that tells drivers where to find charging stations for their EVs and developing a payment system for the chargers.

“The three companies agreed to actively participate in the government’s policy to go green,” the companies said in a joint statement Tuesday. “We plan to contribute to the reducing of air pollution and pave the way to innovation in mobility.”

The Moon Jae-in administration wants to expand the use of eco-friendly cars including EVs and hydrogen-fueled cars.

The Ministry of Land, Infrastructure and Transport announced on Tuesday that drivers of electric vehicles and hydrogen-powered cars can receive 50 percent discount on expressway tolls from this September through 2020.

Earlier last month, the ministry ordered that new electric and hydrogen-fueled cars would receive light blue license plates so they can be offered discounts on parking fees or tolls.

“We hope the discounts can contribute to expanded supply of EVs and hydrogen-fueled cars while cutting fine dust and boosting development of the related auto industry,” said Kim Hyun-mee, minister of Land, Infrastructure and Transport.

According to Lim Heon-moon, chief marketing officer for KT, the three companies will also cooperate in developing a future automotive industry based on the next generation 5G network. KT and Hyundai Motor have already been cooperating in developing a 5G network and artificial intelligence for cars.