Q with a view

Q with a view 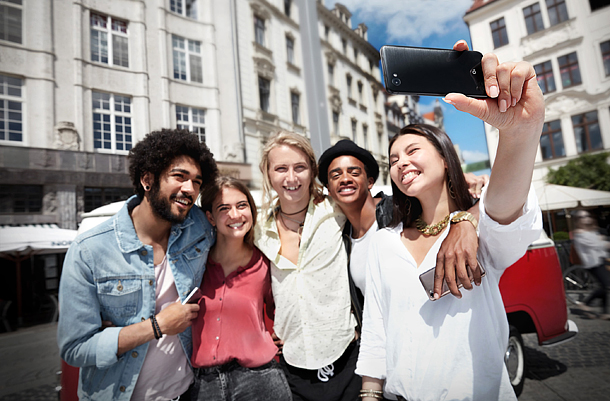 Models take a selfie with LG Electronics’ latest smartphone, the Q6, in this promotional photo. It is the first model in the company’s new mid-price lineup under the Q brand unveiled Tuesday. The 5.5-inch phone comes in two storage sizes, 32 gigabytes and 64 gigabytes, the latter of which is called the Q6 Plus. The 32-gigabyte model will carry a price tag of 418,000 won ($360) and be released in early August. The Q6 Plus will come out a month later and cost 499,000 won. Both will be powered by Qualcomm’s Snapdragon 432 processor and come with a 13-megapixel camera in the back and 5-megapixel wide-angle camera in the front. [LG ELECTRONICS]