Bus driver fatigue leads to thousands of accidents, 414 deaths in past 5 years

Bus driver fatigue leads to thousands of accidents, 414 deaths in past 5 years 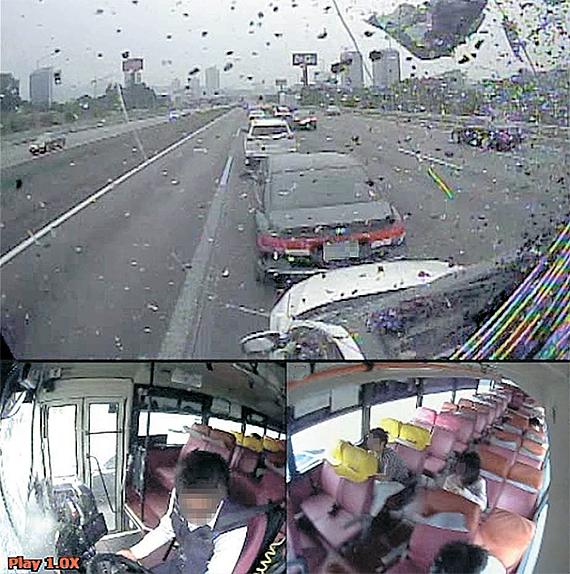 Police raided the Osan Transportation Company on Tuesday, which hired the bus driver who fell asleep on Sunday and crashed into seven other vehicles, killing two and injuring 16, to see if the company violated laws regarding rest time.

The International Labor Organization says drivers should not work over 9 hours per day. The European Union also limits driving hours to 9 per day and to 56 per week. But Kim is not alone.

This shortage of creates pressure for drivers to work longer hours. And given the sheer size of the system itself -- there are 163 bus lines connecting regions in Seoul to Gyeonggi, and 2,132 buses run on these lines – this in turn creates ample opportunity for fatal accidents.

Seoul has already put into practice the private-public operation of buses, and the results have been positive. In the survey by the Catholic University of Korea, none of the Seoul bus drivers said they drive more than 18 hours a day.

This is a crucial improvement, since there were 2,241 traffic accidents caused by sleepy drivers on highways in the past five years, leading to the deaths of 414 people. Dozing off for just two to three seconds at a speed of 100 kilometers per hour is equivalent to driving blind for at least 100 meters.

A BAC of 0.08 percent is considered legally drunk.