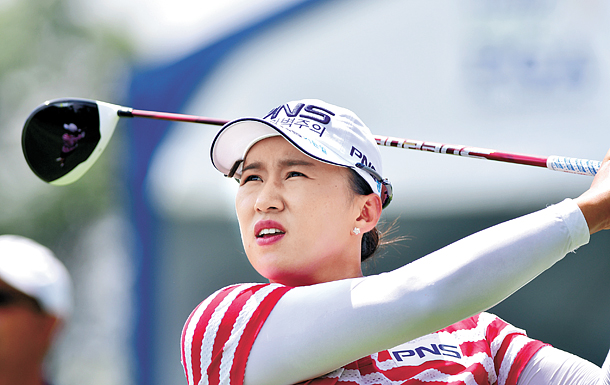 Yang recorded 16 top ten finishes from 46 major tournaments since her debut in 2006, but hasn’t won any. Currently, Yang is ranked ninth in the Rolex World Ranking and the eight players ahead of her have each won at least one major tournament. In other words, Yang is the best female golfer without a major tournament victory.

At the U.S. Women’s Open, the LPGA tour’s oldest and the most prestigious tournament, Yang recorded six top ten finishes. Since 2010, Yang recorded a more than impressive scoring average of 71.5, as the tournament is hosted at one of the toughest golf courses in the United States. And in Yang’s three recent U.S. Women’s Open finishes, she finished inside the top five, finishing third, second and fourth. 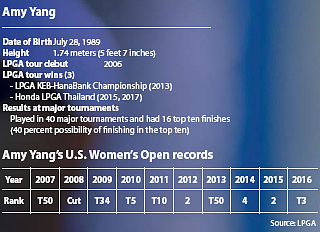 “Yang is a long hitter, but at the same time, is consistent with her drives,” said Park Won, JTBC Golf commentator. “She also has great putting and short game skills, which makes her the perfect player for the U.S. Open, where the tournaments tests the every ability of the golfers.”

“Rather than a course where I can make more than 20 birdies throughout the four rounds,” she said, “I want to play at a harder course, where it’s not easy to make a par-save.”

“The pars threes are really long,” Yang said. “And the undulations on the greens exceed the level of the courses I played in other tournaments.”

All four rounds will be aired live on the JTBC Golf channel.