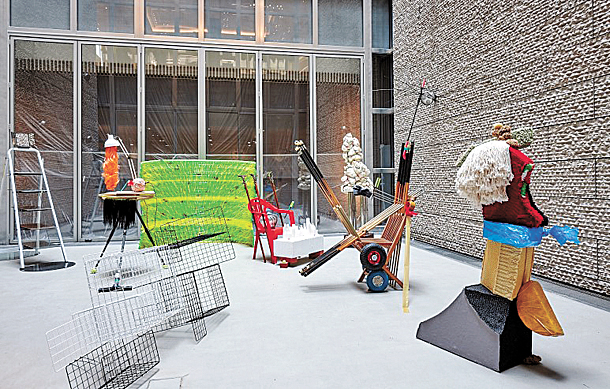 To July 23: The exhibition is celebrating the 10th anniversary of the space for contemporary art at Maison Hermes. The exhibition features six emerging artists, all around 30 years old, whose works include their own interpretations of the space, past exhibitions in the space and artists featured in past shows.

Accordingly, it is about both the past and future of Atelier Hermes, curator Kim Yunkyoung said.

The show takes its title from a Greek phrase, “‘My friends, there are no friends,” which Kim said is widely attributed to Aristotle. “It suggests the duality of friendship, its potential and its impossibility,” she said.

The exhibition tests the “possible and impossible” qualities of the young artists’ interpretations of the past.

To Aug. 4: Noh Suntag, 46, is famous for his photographic work, which hovers between photojournalism and fine art. His pictures deal mainly with “state violence in South Korea which often justifies itself by making use of the division between the two Koreas,” according to the artist.

The latest works, comprising 200 pieces on display in this solo show, are no exception. They include the “Drought” series, which depicts the water cannons used against protesters in various demonstrations. Meanwhile, “In Search of Lost Thermos Bottles” is a series about the lives of residents on Yeonpyeong island in the Yellow Sea, which has been bombarded by North Korea, as well as the conservative South Korean politicians who, the artist claims, try to use the bombings for their own purposes.

The title is taken from the controversial German jurist Carl Schmitt, who was part of the Nazi regime and furnished a crucial theoretical foundation for the Enabling Act, or the so-called “state of emergency law.”

The exhibition follows Noh’s “The State of Emergency I” solo show, held in 2008 at the Wurttembergischer Kunstverein in Stuttgart, Germany. 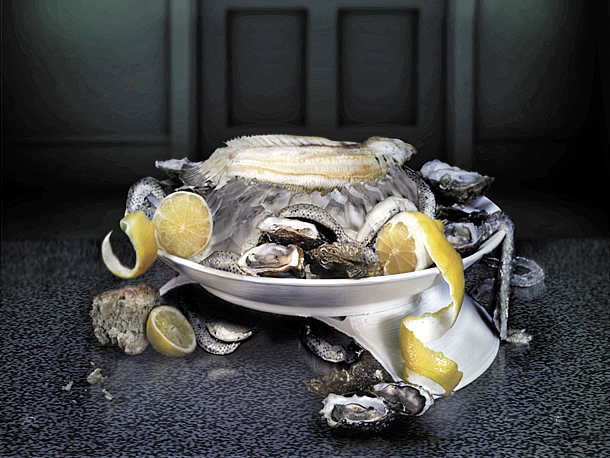 THE ABSENCE OF PATERFAMILIAS

To Aug. 6: The two-person exhibition features media art pieces by Belgian artist Alex Verhaest and paintings by Korean artist Moon Ki Cho. Their mediums and styles are very different from each other, but share a common theme: the love-and-hate relationships and uneasy qualities of human families, which are often portrayed as being beautiful and full of love.

Verhaest’s video pieces, with their very subtle movements, seem inspired by portraits from old Dutch and Flemish masters and a genre of still-life paintings in the 17th-century Dutch Golden Age called vanitas, with their delicately-distorted forms as well as the color, shade and light effects.

Visitors can see the processes that Pixar animated films go through during their creation, from the formation of characters to original storyboards and color scripts, as well as a series of paintings illustrating the layout, emotion, color and mood of each film.

Admission is 13,000 won for adults. The venue is closed on Monday. DDP is located at Dongdaemun History and Culture Park Station, line Nos. 2, 4 and 5.

To Aug. 13: In this exhibition, the National Museum of Modern and Contemporary Art shows off 121 of 932 artworks it acquired to add to its collection between 2013 and 2016.

In particular, the exhibits include Korean modern art master Kim Whanki’s abstract painting “Dawn #3” (1964-5), which the museum purchased at K Auction’s sale in September 2016 for 1.3 billion won ($1.14 million). It is the highest price the museum has ever paid for a single piece of artwork to add to its collection.

The exhibit title “Samramansang,” which means “all things and all phenomena in the universe,” was taken from a piece by Korean contemporary artist Kang Ikjoong, which is also among the pieces in the exhibit.

The thematic journey, curated by Olivier Saillard and designed by Robert Carsen, consists of nine sections, opening with the symbol of Louis Vuitton: an antique malle. The exhibition also includes a section about collaborations with famous artists such as Takashi Murakami, Richard Prince, Jake and Dinos Chapman and Jeff Koons. A section dedicated to Vuitton’s works inspired by Korean antiques closes the exhibition. 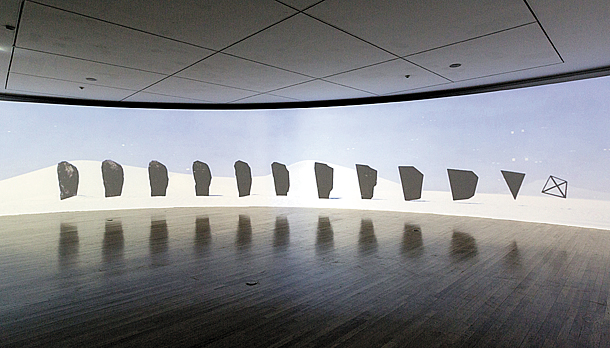 To Oct. 7: The exhibition features more than 100 pieces of fashion photography from among the numerous photos for the iconic fashion magazine Vogue over its 125-year history. The featured pieces were inspired by famous paintings or various art movements.

The exhibits include a photo from among legendary photographer Irving Penn’s works inspired by Rococo-era portraits, and works by Erwin Blumenfeld and Erwin Olaf, inspired by the famous “Girl with a Pearl Earring” painting by 17th-century Dutch master Johannes Vermeer. The photos on view were taken by 32 fashion and portrait photographers who range from the late masters such as Penn and Cecil Beaton to relatively young photographers such as Tim Walker and Camilla Akrans.

Curated by Debra Smith of Vogue Spain, the exhibition started at Museo Thyssen-Bornemisza in Madrid in 2015 and will tour to another country.