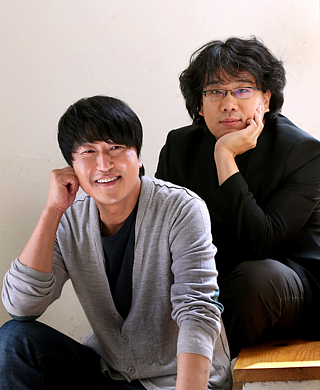 Actor Song Kang-ho, who has had a successful track record working with director Bong Joon-ho, who recently directed the controversial film “Okja,” will once again collaborate with the director in the upcoming film “Parasite.”

Song and Bong first worked together in “Memories of Murder” (2003) and have also worked in the blockbusters “The Host” and “Snowpiercer.” These classics have elevated the reputation of Song and Bong as the best actor-director team in the industry.

Song said on Wednesday, “I am very excited to work on ‘Parasite’ and with Bong once again.”

“Bong is so meticulous and careful that I haven’t received an official synopsis yet. I have only heard about the movie through his description, but I believe the movie is very powerful and will send waves around Korea,” said Song.

Song is currently finalizing filming of “Drug Lord” set to be released in summer of 2018. The Bong-directed flick will start shooting in spring 2018.