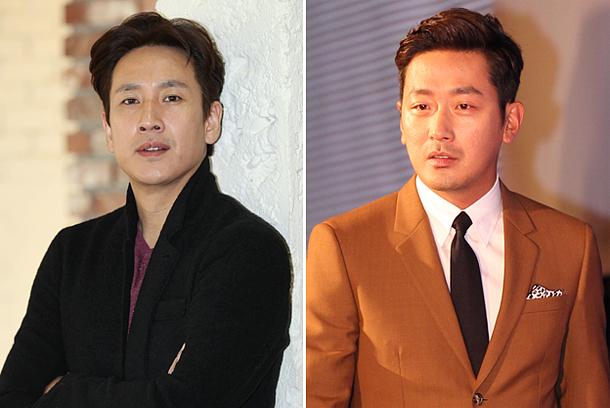 Two actors that are among the best in the business, Lee Sun-kyun, left, and Ha Jung-woo, will join forces for the upcoming film “PMC.”

According to industry insiders Wednesday, after Ha was already cast in pre-production, Lee confirmed his role in the coming film and is negotiating filming details.

“PMC” is an abbreviation of private military company, and the flick will center on a company that needs to rescue a captive in an underground bunker during times of highly charged tension between North and South Korea.

The movie is to be directed by Kim Byung-woo, who directed the successful 2013 movie “The Terror Live,” where he first worked with actor Ha Jung-woo, who played a lead role.

The movie will finalize its casting and start filming in August. It is targeting 2018 as its release date.