Scholars must speak up

Scholars must speak up 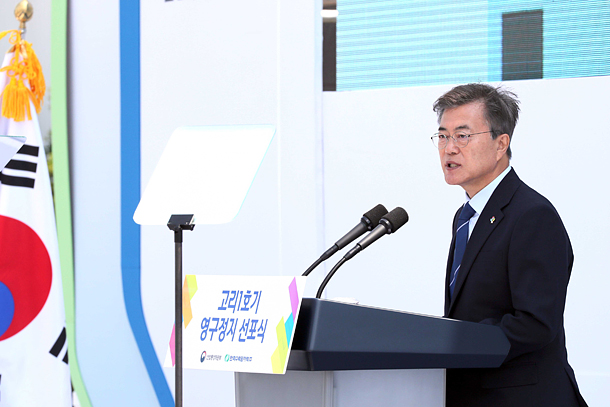 President Moon Jae-in declares an end to the era of atomic energy power generation at an event to commemorate the permanent shutdown of Korea’s oldest Kori Nuclear Power Plant in Busan on June 19. [YONHAP]

He is an authority in next-generation solar cells and one of the most-acclaimed renewable energy scientists. Last weekend, I visited his office. When I asked him about solar cells, he gave an irrelevant answer. He began to talk about nuclear energy and was concerned about the nuclear zero policy and suspension of Shin Kori 5 and 6 Nuclear Plants.

With a serious face, he said, “We should not give up nuclear power plants. It is important to maintain the nuclear plants we worked so hard to develop.” He talked about the limits of renewable energy including solar cells. Even with the development of solar cell technologies, it will be hard to go beyond a supplementary energy source, he claimed. Despite serious safety concerns related to nuclear power plants, he argued that it is important in terms of energy diversity.

“Unless all citizens stop using energy, the national economic growth and quality of life would fall if nuclear power plants are phased out and the Paris Climate Change Agreement is met,” he said.

Who is this scholar who goes against the nuclear zero policy? Nobody knows because he does not speak up. The Moon Jae-in administration values communication and discussion, but he wishes to remain unidentified. If a scholar or professor criticizes government policy through the media, officials would phone the next morning.

*The writer is a deputy industrial news editor of the JoongAng Ilbo.