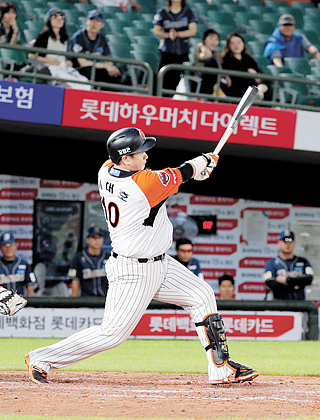 The KBO’s All-Star break is this weekend, and since the game includes the best players from each team, selected by fan votes, managers’ picks and votes from players, it’s expected to be the biggest of the season.

The most exciting event is expected to be the home run derby featuring the KBO’s top sluggers including Choi Jeong of the SK Wyverns and Choi Hyung-woo of the Kia Tigers.

This will also be the last All-Star game for Lee Seung-yuop of the Samsung Lions. Lee and his two sons plan to make the ceremonial pitch on Saturday, with Lee’s eldest son as pitcher, younger son as batter and Lee as catcher. 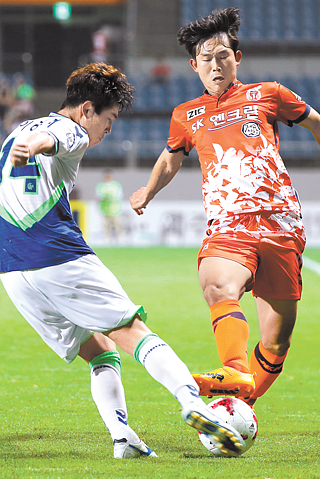 Jeju United started the K-League Classic season tied for the lead and was the only team with the potential to win all three titles - the FA Cup, AFC Champions League and K-League Classic regular season - but now, they are in danger of not making the postseason.

After their top players left the team in the summer transfer market, Jeju was left with a big hole, and they have yet to replace any of the players.

In their most recent match, Jeju defeated Jeonbuk Hyundai Motors, the current leader in the K League Classic, to finally pick up their first win in six games, and now, they hope to get on a winning streak with another victory against FC Seoul.

Seoul, currently ranked seventh in the K-League Classic, is in need of a victory for their shot at defending their regular season title.