Korea to design its own fighter jet

Korea to design its own fighter jet 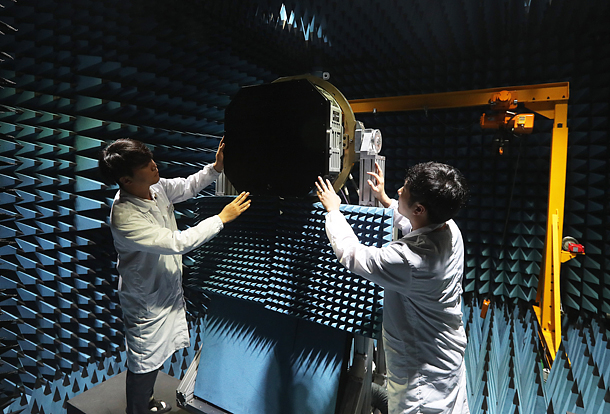 Korea will complete the design of its own advanced fighter jet by the first half of next year, with another key task well under way to develop an AESA radar system in the KF-X project, the country’s arms procurement agency said Thursday.

South Korea floated a plan in the 2000s to replace the Air Force’s aging fleet of F-4 and F-5 jets, and formally launched the 8.8 trillion-won ($7.7 billion) KF-X program in early 2016. Indonesia is a junior partner, sharing 20 percent of the total cost.

The Defense Acquisition Program Administration (DAPA) aims to round off the aircraft development by 2026 for two years of test operations to follow. It plans to introduce some 120 KF-X fighters.

“We are working on the shape design. It will be done by June 2018,” a DAPA official said. “It will be final. There is little chance of a change.”

In 2016, the state-run Agency for Defense Development (ADD) signed a contract with Hanwha Thales, a local defense firm later renamed Hanwha Systems, for the manufacturing of the radar. The ADD has a separate deal for assistance from Israel’s Elta Systems on testing a prototype.

Hanwha said it has produced the first prototype of the radar meant to demonstrate whether it’s able to proceed with the development of a system suitable for KF-X jets.

South Korea is also seeking to purchase major weapon systems for the KF-X aircraft, especially for air-to-air engagement, from the United States or Europe.

The United States, however, has been reluctant to provide information on some high-profile weapons, officials said. YONHAP