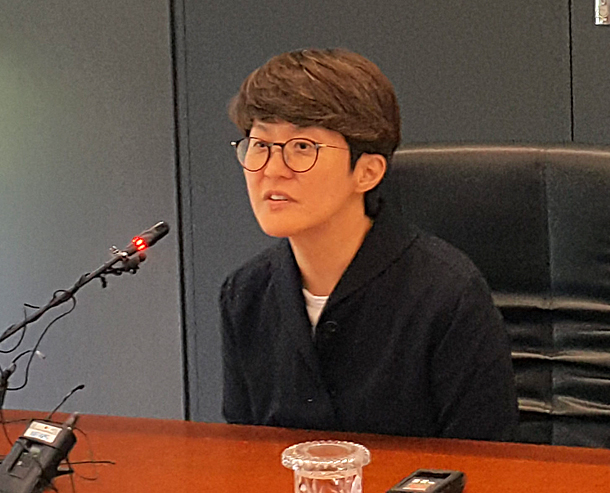 Kim Sun-jung speaks at her first press conference as president of the Gwangju Biennale Foundation on Thursday at the Biennale Hall in the southwestern city of Gwangju. Kim, 52, will serve as president of the foundation for a three-year term. She is currently director of the Art Sonje Center and previously served as commissioner of the Korean Pavilion at the 2005 Venice Biennale, artistic director of the Media City Seoul 2010 biennale and co-director of the 2012 Gwangju Biennale themed “Roundtable.” She was listed on the London-based ArtReview’s Power 100 list of the world’s most influential people in the art world in 2014. [YONHAP]