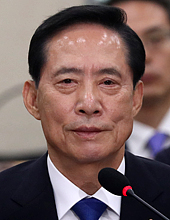 Park added that the Blue House felt it was necessary to ensure the public of the country’s defense readiness with Song’s appointment as military chief, especially amid rising tensions sparked by North Korea’s provocations. 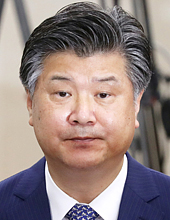 Moon’s decision to choose the 68-year-old former Navy chief to lead the military came amid the opposition’s objection to his nomination, citing his 1991 record of driving under the influence of alcohol. Song was also under fire for playing golf on anniversary days commemorating the sinking of the Cheonan Warship and North Korea’s shell attack on Yeonpyeong Island over the past five years of his retirement. This outraged opposition parties, which were united in their demand that he withdraw himself.

Despite the opposition’s rejection, Moon pushed ahead with Song just as he did for Foreign Minister Kang Kyung-wha, who was opposed for having used a fake residence. Moon’s choice of the former Navy general was seen as a sign of his resolve to reform the military, as Song hails from the Navy, not the Army, which has long dominated the top ranks of the military. The former four-star general is known for his progressive military agenda and interest in rights.

In a text message sent to reporters, the nominee said he would choose the path to “resign” himself from consideration if the controversy over his nomination “blocks the path to solve an ongoing gridlock.”

“I hope my decision (today) will help the Moon government succeed,” said Cho, dean of the graduate school of labor studies at Korea University, who was under fire for his DUI.

Cho’s withdrawal from consideration is the second such withdrawal for the Moon government. Ahn Kyong-whan, who was tapped to lead the Justice Ministry, dropped his nomination amid snowballing questions over his ethics. It remains to be seen how the three opposition parties will react to Moon’s appointment of Song, a decision they warned would hamper bipartisan spirit, since their demand for Cho’s withdrawal was met on the same day.