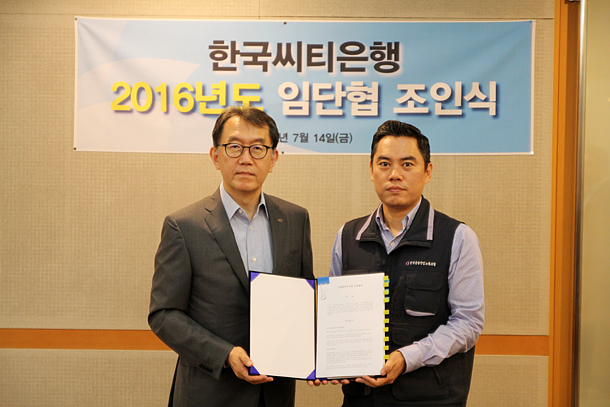 Citibank Korea took a step back from its initial plan to close nearly 80 percent of branches in the country on Friday as the move sparked a controversy among unionized members of the U.S.-based bank.

The bank said that it will maintain 11 more outlets across the country, reducing the closed branches from 101 to 90 out of 133 locations.

Most of the 11 branches are located outside of Seoul since many cities would have ended up with no brick and mortar Citibank after the original plan was executed.

“Citibank Korea decided to operate 11 more branches including branches in Jeju, South Gyeongsang, Ulsan, and North Chungcheong, in addition to the already planned 11 Wealth Management Centers and Lending Centers and 14 branches,” the company said in a statement.

Citi explained the change is to serve customers in other regional cities.

“The measure is aimed at expanding the customer basis for wealth management business in regions outside Seoul and surrounding areas as well as supporting customers facing difficulties in the use of financial services through digital platforms,” it said.

It also acknowledged the trouble that employees outside of Seoul may face as their families are required to relocate to other cities due to the change.

Ever since the bank announced the plan in March, the labor union had pulled out all the stops to reverse the decision.

The group carried out partial walkouts and filed with Seoul Central District Court an injunction to nullify the plan to reduce branch networks, though the court rejected the request.

The wrangling began as the union initiated collective bargaining negotiations on wages and working time.

The union members tried to put the revision of the branch reduction plan up as an agenda item at the negotiation, but the company refused.

Under the agreement, the PCs of Citibank’s employees will automatically shut down at 5 p.m. Employees will be allowed 10 working days of holiday and 347 contract-based workers will become regular workers.