Ex-Hyosung chairman resigns as chief of its main subsidiary

Ex-Hyosung chairman resigns as chief of its main subsidiary 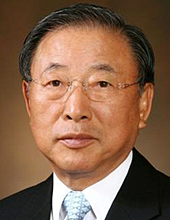 The former chairman of Hyosung Group has left his post as head of Hyosung Corporation, a local textile maker, due to old age, the conglomerate said Friday.

Cho Suck-rai, 81, retired as chief executive of the flagship unit of the family-run business group, the company said in a regulatory filing, effectively ending his career that spanned more than five decades and began in 1966.

Cho had already handed over his position as group chairman to his first son Cho Hyun-joon late last year.

The 81-year-old is currently facing an appeal on charges of tax evasion and embezzlement. A lower court sentenced him to three years in prison and a fine of 136.5 billion won ($120 million).