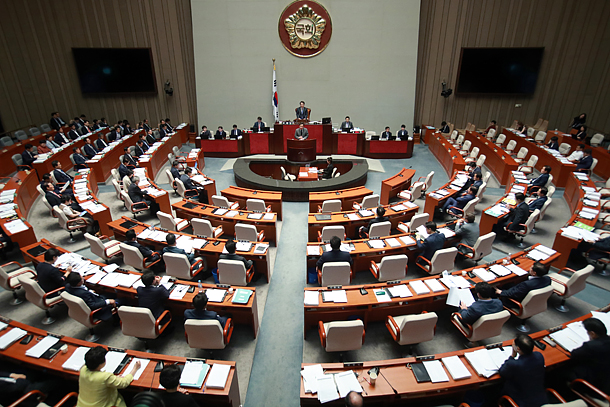 Lawmakers take their seats in the National Assembly to hold a plenary session to review a supplementary budget bill Friday after the Liberty Korea Party and Bareun Party lifted their parliamentary boycott. The parties ended the 10-day boycott after President Moon Jae-in’s labor minister nominee, Cho Dae-yop, quit. They deliberated over a 11.2 trillion won ($9.8 billion) supplementary budget bill that will help create jobs. The LKP said it will propose its own version of a budget bill. [YONHAP]