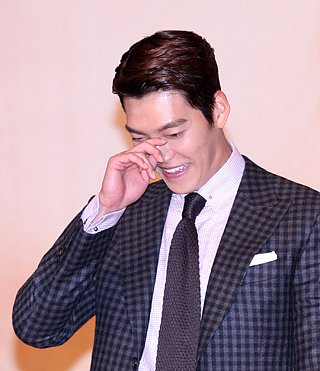 Sidus HQ, the agency that represents 28-year-old actor Kim Woo-bin, posted an emotional birthday wish for its client on Sunday. The actor is currently undergoing treatment for nasopharyngeal cancer

The post on Instagram read, “We hope you recover quickly and we wish you a happy birthday. We miss you.”

On July 7, the production of director Choi Dong-hoon’s upcoming movie “Wiretap” (working title,) in which Kim has been cast as the protagonist, was stalled until Kim is fully healed. Choi reportedly had Kim in mind during the film’s pre-production stages and was against giving the role to another actor.