LG vacuum cleaner is as smart as a child: study

LG vacuum cleaner is as smart as a child: study 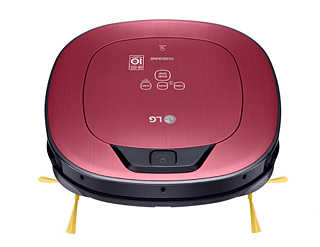 An assessment by local researchers of four robotic vacuum cleaners currently on the market found that a model from LG Electronics has the intelligence equivalent to that of a 6- to 7-year-old human.

The other three models had the IQ of a dolphin or an ape, according to research from the Robotics and Intelligent Systems Lab at Seoul National University.

The university evaluated the artificial intelligence in four robotic vacuum cleaners based on properties like perception and decision making. Each device went through over 100 tests and was evaluated on a scale of 100. Marks above 70 indicated the intelligence of a preschool-aged child, 60 to 70 suggested the device was as smart as an ape and 50 to 60, a dolphin.

When LG Electronics released the Roboking Turbo Plus in August 2015, the company touted the device as being smart as an ape. Its intelligence markedly improved after LG embedded the vacuum cleaner with DeepThinQ, the company’s self-developed machine learning technology, earlier this year.

The square-shaped robot vacuum cleaner is able to stop and wait for up to three seconds when it detects a human foot. If the foot does not move, it can make a detour.

LG characterizes this ability as notable progress for a robot vacuum cleaner, since other models tend to simply recognize the foot as an obstacle and step over it.

The global market for robotic vacuum cleaners is expected to grow 67 percent from $1.5 billion last year to $2.5 billion by 2021, according to market researcher Future Market Insights.

“Increased emphasis on the quality of indoor air, improving lifestyle in developing regions, busier daily schedules, and lack of time for household chores are identified to be the key factors that will continue to create the demand for residential robotic vacuum cleaners,” the research firm said in a March report.