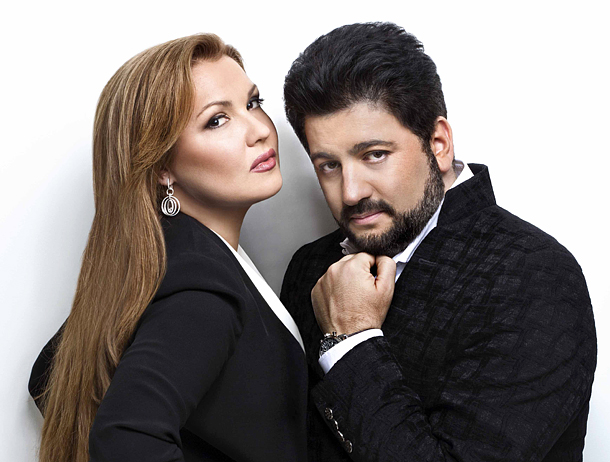 Oct. 9: Known for her signature voice and charisma, one of the greatest sopranos in this century is coming back to Korea with tenor Yusif Eyvazov. The Russian opera star Anna Netrebko was chosen as one of the “Time 100,” Time magazine’s list world’s most influential people.

Mikhail Tatarnikov will be in charge of conducting and will be joined by the Korean Symphony Orchestra.

Since her debut in 2002 at Salzburg Festival as Donna Anna in Mozart’s Don Giovanni, Netrebko has made a name for herself and performed with leading opera companies around the world, such as London’s Royal Opera House and Munich’s Bavarian State Opera.

Aug. 4-5: Psy, the man behind the international hit “Gangnam Style,” is returning to the stage with “Summer Swag” after a five-year hiatus. Psy released his eighth full-length studio album “4x2=8” in May with tracks such as “New Face” and “I Luv It.” He is also known for his international hits like “Gentleman,” “Hangover” and “Daddy.” This concert will feature huge water cannons, so concert-goers are advised not to bring valuable objects that might be damaged by water.

Psy will also hold a concert in Busan on July 29 at the Busan World Cup Stadium.

Aug. 23: Praised by the Washington Post as an artist who “combines staggering technical prowess, a sense of command, and depth of expression,” the silver medalist at the 15th International Tchaikovsky Competition, Li has gained stardom and received good reviews among renowned music critics such as Norman Lebrecht.

After he rose to stardom, he went on a tour across Europe and America, and has been invited to perform with renowned orchestras around the world including the L.A. Philharmonic Orchestra. In 2016, he was awarded the Avery Fisher Prize, which is awarded to the most-accomplished classical musicians. Not only is Li into music, but he is also studying English literature at Harvard University, which he credits with having a positive influence on his music.

Aug. 26-28: Disney’s timeless romance “Beauty and the Beast” has seen many productions over the years, but in this concert, songs from the recently released live action version of the film will be performed live. The unforgettable tunes from the movie will be performed by 70 musicians from the Korea Coop Orchestra.

The screen at the concert hall will show clips from the movie, with the orchestra playing songs such as “Beauty and the Beast,” “Gaston,” “Belle,” and “Be Our Guest.” Conductor Baek Yoon-hak, who works in both the U.S and Korea, will lead the orchestra. Pieces like “Evermore,” “Days in the Sun” and “How Does a Moment Last Forever” will be performed in the second half.

Sept.13: Bayerisches Staatsorchester, an orchestra that traces its roots to a German orchestra that started in 1523, will be visiting Seoul as part of its official Asian tour. Russian-born Kirill Petrenko will conduct. Petrenko has been the General Music Director at the Bayerische Staatsoper since 2013.

He will be joined by Russian pianist Igor Levit, nominee for Gramophone’s 2016 Artist of the Year. The concert starts at 8 p.m.

To July 23: Celebrating its 10th anniversary on stage in Korea, The Musical Hamlet sets Shakespeare’s story of revenge, grief, and tragedy to music.

The role of Hamlet, who is furious after his uncle marries his mother, will be played by young actors with experience on the musical stage, including Lee Jee-hoon, CNU of K-pop boy group B1A4, and Seo Eun-kwang of BtoB.

Musical director Robert Johanson, who has directed “Phantom” and “Monte Cristo” in Korea, directs the show.

Aug. 4-6: Masterpiece Swan Lake is a classical ballet composed by Tchaikovsky in 1876, and is undeniably one of the art form’s most beloved and iconic pieces. It is rated as one of the supreme achievements of 19th century classicism. 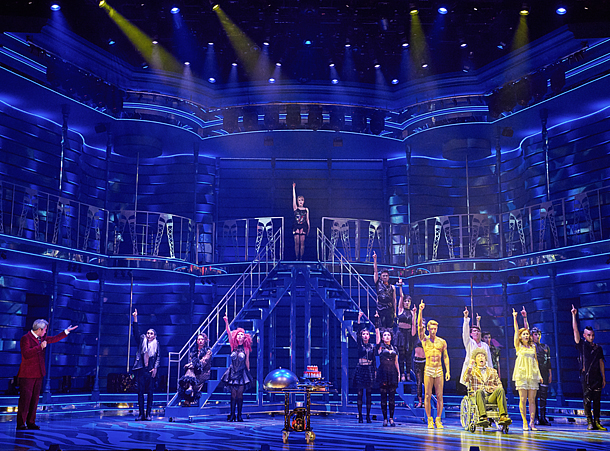 The Korean production of the hit musical “Rocky Horror Show” is currently being staged at the Hongik Daehangno Art Center, central Seoul. The show revolves around a newly engaged couple getting caught up in a thunderstorm and landing in the castle of a mad scientist Dr. Furter, who reveals his recent creation, which is a Frankenstein-like monster named Rocky Horror. [CLIP SERVICE]

To Aug. 6: This musical, which is a comic homage to sci-fi and horror B-movies from the 1940s to 70s, is back for the first time in nine years. After successfully premiering in London in 1973, it has seen productions pop up in over 60 cities worldwide.

This musical revolves around a newly engaged couple getting caught up in a thunderstorm and landing in a castle of a mad scientist Dr. Furter who shows his recent creation which is a Frankenstein-styled monster in a form of a muscular man named Rocky Horror.

Aug. 5 to Oct. 8: Having first premiered in Korea in 1996, this Tony-Award winning show is set in New York City. To Julian, one of Broadway’s biggest directors, his show called “Pretty Lady” is one that he must make succeed.

Julian is told that if he hires has-been actress Dorothy in the lead role, he will receive the investment he needs to stage the show. Meanwhile, Peggy, an actress who dreams about making it to Broadway, is cast as a chorus girl. But when Dorothy suddenly gets injured just days before the show’s premiere, Peggy is called in to take her place. With only 36 hours left, will Peggy successfully pull off the role?

Sept. 9: In his late 60s, Korean sori, or song, master Jang Sa-ik’s music combines elements of modern taste and Korean traditional music. He also sings Korean folk songs, contemporary tunes, and pansori (narrative singing). In this outdoor performance along with Ditto Orchestra, he will sing sorrowful tunes of Korean traditional music along with other vocalists in the first part of the program. In the second part of the program, Jang will rearrange the tunes of popular Korean music and perform along with the Ditto Orchestra. 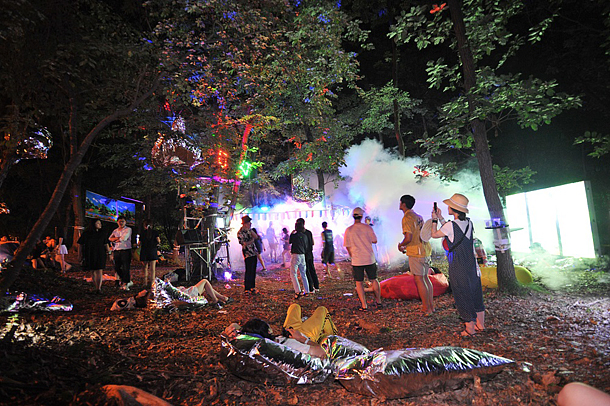 Domestic artists such as Seenroot, Silica Gel and Parasol will also join the stage. This year’s festival theme is “Hide & Seek,” which hopes to highlight eco-friendly places around the world.

A three-day ticket costs 260,000 won. Prices may differ on the day of purchase.

The second line-ups were also released, and include Kiha and the Faces, Hyukoh and Daybreak.