The Chainsmokers to stop in Korea

The Chainsmokers to stop in Korea 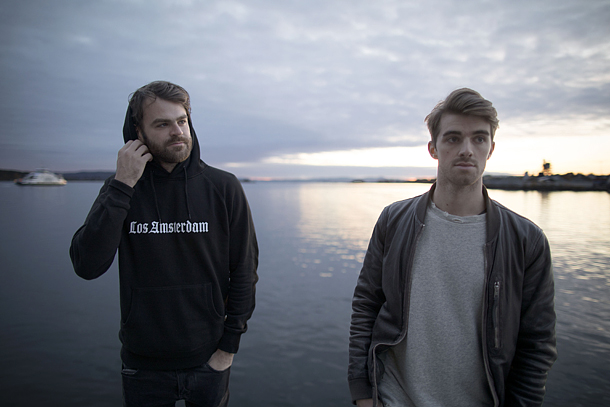 Electronic duo The Chainsmokers, who holds the record for Most Weeks on Billboard’s Hot 100 Top 10 with their international banger “Closer,” is coming to Korea for two days from September 11.

On Thursday, Hyundai Card announced that its Culture Project will bring The Chainsmokers to Busan’s KBS Busan Hall on September 11 and Seoul’s Jamsil Arena at Seoul Sports Complex, southern Seoul on September 12. The long-running project has previously brought John Legend, Jason Mraz and John Mayer to Korea over the years, and in June announced that it will be presenting Ariana Grande on August 15.

This is the third time the EDM duo is coming to Korea. Their first stop was in 2014 during the after party for Ultra Korea and they followed that up by headlining Global Gathering Korea in 2015.

The duo made a name for themselves in 2014 after their single “#Selfie” went viral. Their biggest hit to date is “Closer” featuring vocalist Halsey. The song stayed at the top of the Billboard Top 100 for 12 straight weeks in 2016, and remained in the Top 5 of the charts for 26 consecutive weeks. It recently broke another record after having spent 61 weeks - over a year - in the Billboard Top 10, the most for a duo.

Tickets go on sale on July 25 on Interpark and Yes24.