Kim Hye-min came to golf in an unusual way

Kim Hye-min came to golf in an unusual way 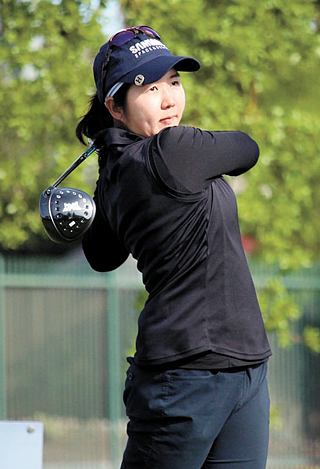 Unlike other professional golfers, as a kid, Kim Hye-min loved playing violin and dreamed of becoming a musical actress. Kim started golf as a hobby, playing twice a week, but it wasn’t until high school that she started competitive golf.

Kim got off to a positive start as a professional golfer, finishing first in the 2006 KLPGA Jump tour money list. But after that, she stalled. Kim, who was born in the same year as golfers like Park In-bee, Shin Ji-yai, Lee Bo-mi, Kim In-kyung and many more, struggled to find her place. She made her debut on the KLPGA tour in 2010, about four to five years later than other players her age, but her time on the KLPGA tour didn’t last long due to a finger injury.

Kim ended the season 76th on the money list and lost her KLPGA tour card.

“I was scared to go back to the KLPGA,” Kim said.

Her father suggested she leave for the United States.

“I didn’t know anyone in the United States so I felt better about myself and I was motivated to further challenge myself,” Kim said.

In 2012, Kim earned her tour card on the Symetra tour for the 2013 season. During her first season, Kim played in a total of 14 tournaments and earned only $6,009. But in the following year, she did much better, making 20 cuts out of 25 tournaments and earning $25,504. From Kim’s top 25 finish on the Symetra tour money list, she was given a spot at the final stage of the LPGA tour qualifying school. Kim played well in the front nine during the first round, but once she got to the back nine, she suffered. 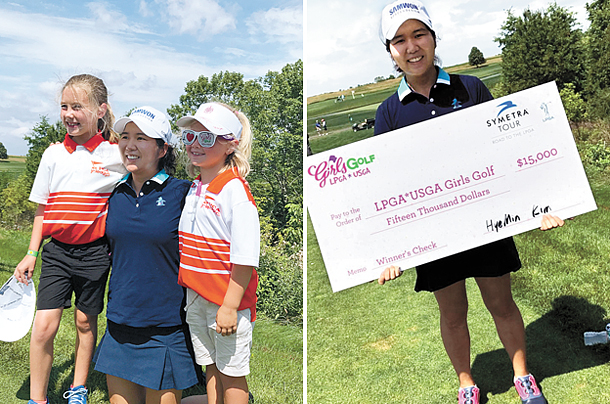 This year, Kim is playing by far the best of all five seasons. In April, she had her very first Symetra tour victory at the POC Med Golf Classic. Kim received the biggest check of her professional golfing career - $15,000 - and donated it all to the LPGA USGA Girls Golf, a non-profit program. The donation was made at the U.S. Women’s Open.

“I always wanted to donate my winning purse of my first Symetra tour victory and that took me five years,” Kim said.

She is now ranked 15th on the Symetra tour money list. If Kim finishes in the top 10 on the money list at the end of the season, she will be given an LPGA full status tour card for the 2018 season.

Now at age 29, Kim is considered old on the Symetra tour and the players her age on the LPGA tour are considered veterans. It’s been three years since Shin left the LPGA tour to play on the JLPGA, but Kim still dreams of heading to the LPGA.

“Every year, I think of it as my last season,” Kim said. “When I see rookie players hitting far and having great putting skills, it surprises me.”

Kim said her ultimate goal is to donate the winning purse of her first LPGA tour victory.