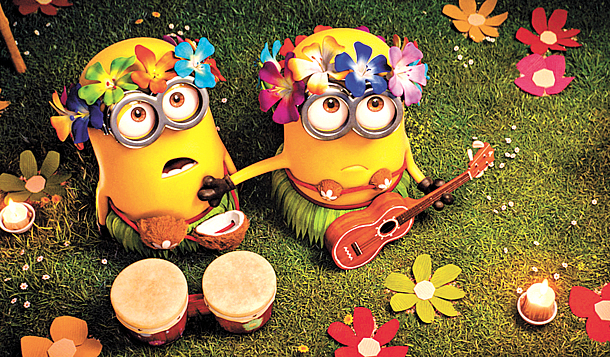 The third installment of this animated film franchise from Illumination Entertainment picks up where the previous movies left off.

The first film revolved around Gru, voiced by Steve Carell, and the three girls he adopts from an orphange as they try to steal a shrink ray from his rival Vector.

The second installment released in 2013 featured Lucy, an agent of the Anti-Villain League (AVL), who recruits Gru to take down a new villain.

The third installment again centers around Gru and his yellow colored minions, along with his adorable daughters Margo, Edith and Agnes. With Gru as a new agent of the AVL, he and Lucy are sent to pry into the plans of a supervillain Balthazar Bratt, voiced by Grammy and Tony award winner Trey Parker, who is the co-creator of the animated TV show South Park. Bratt is a former child star who grows up obsessing over the character he used to play in the 1980s.

Meanwhile, the minions, who only follow orders from the top villain, become disappointed when Gru decides to retire as a villain after failing to take down the bad guy. However, when a man who looks like Gru appears and expresses his desire to become a villain, Gru struggles to figure out how to handle the situation. 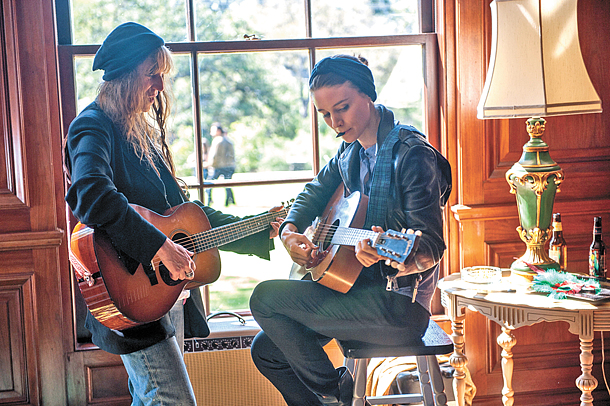 Praised by The New York Times as “Terrence Malick’s latest beautiful puzzle,” this romantic drama is set in the music community in Austin, Texas, and portrays the lives of two couples in an entangled relationship: Faye (Rooney Mara), BV (Ryan Gosling), Cook (Michael Fassbender) and a waitress named Rhonda, who is played by Natalie Portman.

The film starts off as Faye, a young songwriter, finds herself caught between her romance for Cook and BV.

BV, who is also a songwriter, is offered a contract by rich record producer Cook, and is invited to one of his parties. When BV sees Faye, he immediately becomes interested in her. Not too long after, they begin dating, with Faye hiding the fact that she is also sleeping with Cook, because she thinks it will benefit her music career. However, when Cook meets a beautiful waitress named Rhonda, the relationship gets even more complicated. 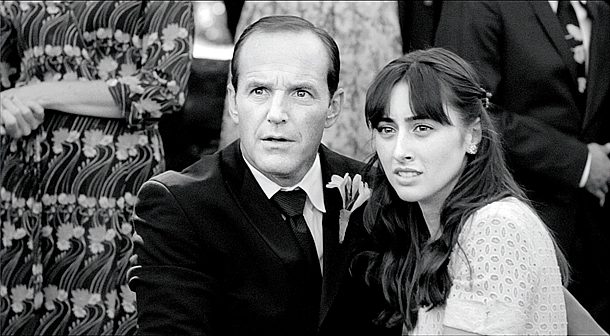 Much Ado About Nothing (15)

The comedy by William Shakespeare, written in 1598, in which the characters Benedick and Beatrice are tricked into confessing their love for each other, is reborn with a modern twist. Invited to the Toronto International Film Festival, it is directed by Joss Whedon, the director of the popular superhero film series “The Avengers”.

This black and white film portrays the love life of two couples whose relationship gets entangled.

At the posh mansion owned by the governor of California, a romantic ball is taking place. He is visited by his friend Don Pedro with his two officers Benedick and Claudio.At the ball, Claudio, played by Fran Kranz, and the governor’s daughter, Hero (Jillian Morgese), fall head over heels for each other.

Meanwhile, Benedick verbally spars with Beatrice, played by Amy Acker, the governor’s niece. The love between Claudio and Hero keeps blooming and they even begin thinking about marriage. As their wedding day gets closer, Claudio and Hero attempt to trick Beatrice and Benedick into falling in love. With a series of tragic and comic events in the way for the couple, how will they hit it off?

This war drama directed by the acclaimed auteur Christopher Nolan takes places during World War II, and is about the evacuation of Allied troops from the city of Dunkirk, northern France, during the Battle of France. The battle was fought between the Allies and Nazi Germany in 1940, when Nazi Germany had almost reached the coast of France. Surrounded by the German army, the allied forces of Britian, Belgium, Canada and France make their final stand.

Known for his ability to reconstruct time and space in his films, such as in “Inception” and “Interstellar,” this film is edited in a way that is portrayed from three perspectives - from land, air and sea - which highlights every detail. Boasting a star-studded cast, including Cillian Murphy, Tom Hardy, Harry Styles and Kenneth Branagh, the film also features original ships that took part in the actual Dunkirk evacuation.

The 17-year-old Clare Shannon, played by Joey King, is going through life as an ordinary high school student with her friends - Meredith, played Sydney Park, and June, played by Shannon Purser.

One day, she receives a mysterious music box from her father, with words inscribed on it saying that it grants the owner seven wishes. At first, she wishes for popularity, money and a dreamy boyfriend. However, after only a few days, people close to her start to die in unusual ways. 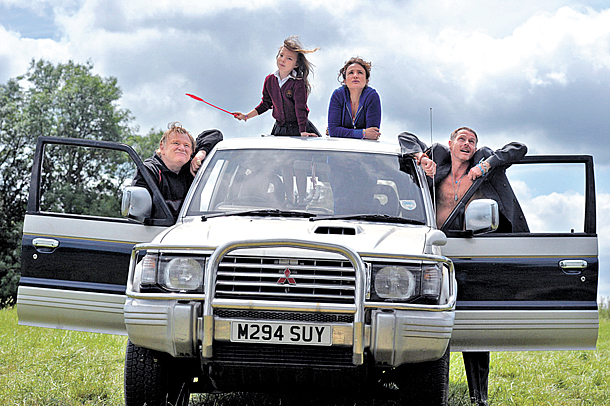 Directed by Adam Smith, who directed multiple episodes in season one of the British teen drama “Skins,” this film, which was invited to the Toronto International Film Festival, revolves around the rowdy Cutler family, whose members live in Britain’s rich countryside. This infamous family of professional criminals usually spend their days planning out their next crime, raiding country estates and mocking the police.

Chad, played by Michael Fassbender, is the leader of the outlaws, and lives free from the law.

However, he wants his son, Tyson, to live a happy, normal life. Meanwhile, Chad’s father, played by Brendan Gleeson, does not want his grandson to live a different life, but would rather see him stick to old traditions and abide by the principles of their family.

Chad fights to protect his son, and tries to escape from his overbearing father to secure a better future. One day, a huge theft occurs in the middle of the town and Tyson goes missing. The police think it is Chad who is behind this incident. Will Chad be able to prove that he doesn’t want to live up to his family’s name?