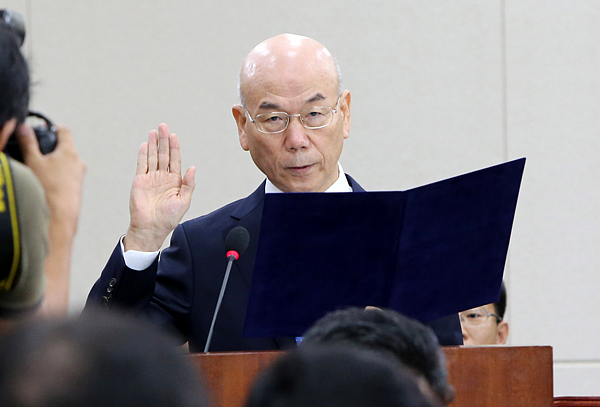 Abraham Lincoln had the most unique cabinet in U.S. history. When he was elected the 16th President of the United States, he embraced not only Republican rivals that criticized him in the primary but also political enemies in the Democratic Party.

The most surprising decision was choosing Democrat Edwin Stanton as Secretary of War. Stanton called Lincoln “baboon.” Rather than a “yes man,” Stanton was a “bad secretary.” When Lincoln ordered him to move soldiers, Stanton refused to comply and said Lincoln was a fool for giving such an order.

When Lincoln heard Stanton’s explanation, he acknowledged that he was wrong and retracted the order. Lincoln and Stanton were a good team and led the Civil War to the Union’s victory. Historian Doris Goodwin called Lincoln’s cabinet “a team of rivals.” Lincoln employed the best of the best, using them as checks on each other’s power, and in this way he kept the team effective.

President Moon Jae-in promised fair appointments, and he has made a great start. Meetings are no longer about formalities, and it was refreshing to see the President and his staff take a walk while drinking coffee. He promoted former culture, sports and tourism ministry official Roh Tae-gang as deputy minister after Park Geun-hye called him “a bad person” and dismissed him. However, it hasn’t been easy to fill his cabinet due to the opposition’s protests. They did not allow the president to keep his promise to employ capable figures, and the principle to exclude people that committed five wrongdoings from public office was hard to keep.

The cabinet is mostly filled with graduates of top universities, previous workers for civil groups or members of the ruling Minjoo Party. Ten of 17 cabinet members, including Prime Minister Lee Nak-yeon, are graduates of the top three universities. 15 worked for President Moon’s campaign or civil groups. It is ironic that the administration champions unity and advocates to end academic favoritism.

President Moon has “pardoned” those guilty of plagiarism, DUIs or using fake addresses in the confirmation hearing. Structurally, no one would say such a decision is foolish. The Moon administration is pushing for a nuclear phase out, abolishment of bonuses for civil servants, improvement of irregular employment and standardized education.

President Lincoln is revered because he listened to tough advice as he worked for the nation and the people. Korea also needs a “bad minister.” Who will it be?