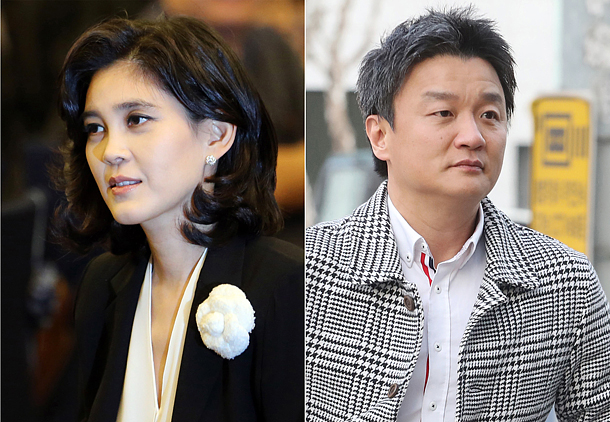 The Thursday ruling is a setback for Im, whose 15-year-old marriage with Lee unraveled in 2014 when Lee sued for divorce. He had asked for 1.2 trillion won in dividing their assets.

The couple was represented at the court’s ruling by their lawyers. Under the ruling, Im will have visitation rights with his son only once a month between 11 a.m. on a Saturday and 4 p.m. the following day.

Im had requested two days of custody twice a month.

Im’s lawyer said he would appeal.

“Looking at the court’s ruling to set aside 8.6 billion won in asset division, it appears the court did not include stocks in its consideration,” Kim Jong-sik, Im’s lawyer said.

Lee’s legal representative, on the other hand, said he respected the courts’ “wise verdict.”

The family court’s ruling came 18 months after the Suwon District Court in Gyeonggi approved an initial suit for divorce, only to revoke the ruling and transfer the case to the Seoul Family Court after accepting Im’s appeal. In July 2016, Im made the highest divorce settlement claim in Korean history, demanding 1.2 trillion won from Lee.

The couple’s 15-year marriage was once considered a fairy tale union in Korea. Their marriage made headlines in August 1999 as the heiress chose to marry a non-celebrity despite strong opposition from her parents.

To persuade Lee’s relations to accept him, Im reportedly visited every member of the Samsung family before tying the knot.

After their marriage, he earned an MBA from MIT and worked at Samsung C&T’s Tokyo branch and Samsung Electronics’ U.S. headquarters. In 2005, he was promoted to a Samsung Electro-Mechanics executive position and became managing director in 2009. Two years later, he was made vice president.

Lee Boo-jin is the second child of Lee Kun-hee to divorce. Lee Jae-yong, the Samsung vice chairman and acting chairman who is now standing trial on bribery charges related to the impeachment of former President Park Geun-hye, divorced in 2009. He was married for 11 years to Lim Se-ryeong, daughter of Daesang Group’s chairman, who was in 2015 reported to be in love with actor Lee Jung-jae.