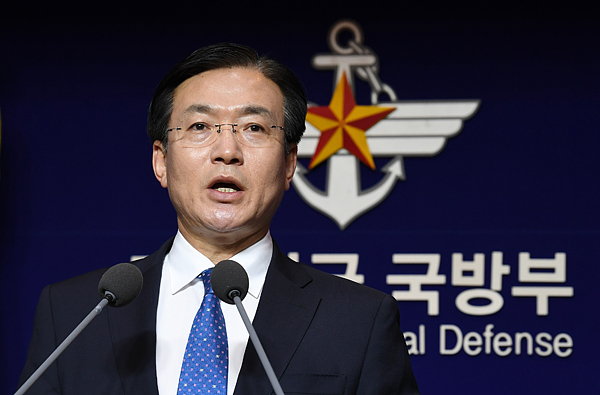 On Monday the South Korean military proposed talks on Friday to ease tensions along the demilitarized zone (DMZ), one of the most heavily fortified zones in the world. Seoul also proposed a meeting to discuss holding reunions for families separated by the 1950-53 Korean War on Aug. 1. Pyongyang has said nothing about either proposal.

“The North has yet to state its position [on our proposal for today]. As such, it has become effectively impossible to hold talks today,” said Moon Sang-gyun, the Defense Ministry spokesman, during a regular press briefing on Friday. The defense ministry continued that “restoring a communication channel in the military field” and “easing military tensions” on both sides of the border were tasks that required “a sense of urgency.”

Seoul’s official offers of talks were seen as phase one of Moon’s pledge to improve inter-Korean relations by restoring bilateral communication, which have been completely shut down since the closure of the Kaesong joint industrial complex in February 2016 by former President Park Geun-hye.

The Moon government’s proposal for talks on a round of family reunions came nearly two years since the last reunions were held in October 2015. The two Koreas enjoyed a brief period of détente that was shattered by the North’s fourth nuclear test in January 2016. In response to that nuclear test, the Park government withdrew South Korean businesses from the Kaesong joint industrial complex, which was the last remaining example of inter-Korean business cooperation.

On Monday, South Korea’s defense ministry suggested a meeting with the North Koreans at Tongilgak, a building operated by the Pyongyang regime in the inter-Korean village of Panmunjom. It asked the North Korean military to reply via a military communication line that has been severed since February 2016. No communication was received.

If the military talks were held, the two sides may have discussed halting military activity that can be perceived to be hostile, in particular propaganda broadcasts through speakers set up along the DMZ on both sides.

North Korea’s snub doesn’t bode well for Moon’s attempt at détente. But it remained possible that Pyongyang could respond to the proposal over the weekend with or without pre-conditions of its own.

In a speech delivered in Berlin on July 6, Moon made clear his intention to pursue nonpolitical, humanitarian and sports exchanges and cooperation with Pyongyang, separating them from political and military ties. Moon is trying to improve inter-Korea ties at the same time the North appears resolved to complete its nuclear and long-range missile programs.

In a 100-point agenda unveiled on Wednesday, the Moon government announced an ambitious policy to get North Korea to freeze its nuclear program and ultimately terminate it by 2020.