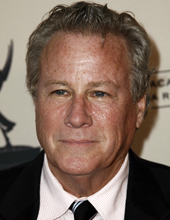 NEW YORK - Actor John Heard, whose many roles included the father in the “Home Alone” series and a corrupt detective in “The Sopranos,” has died. He was 71.

An investigation which includes a toxicology test is underway to determine the cause of death, but so far there is no evidence of foul play, the office said.

TMZ reported that a representative of Heard said he was staying in the hotel while he recovered from back surgery at Stanford University Medical Center.

Heard played Peter McCallister, the father of Kevin, played by Macaulay Culkin, in “Home Alone” and “Home Alone 2: Lost in New York.” He said in later interviews that he sought a movie with kids in it so his son, age 5 at the time, could come to the set and have someone to play with.

He was active in film for the next decade, playing Tom Hanks’ rival in “Big,” actress Geraldine Page’s son in “The Trip to Bountiful” and in the movies “The Pelican Brief,” “Beaches,” “Gladiator,” “Rambling Rose” and “After Hours.”

Actor James Woods said Heard was “a complex and brilliant man and a true artist. I will miss him dearly.”

Heard was married and divorced three times, including briefly to actress Margot Kidder. He had three children.