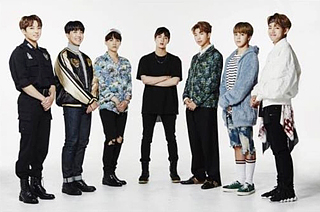 Bangtan Boys, otherwise known as BTS, have been listed as one of the “10 New Artists You Need to Know: July 2017” in the U.S. music magazine Rolling Stone.

BTS had previously received the Top Social Artist Award at the 2017 Billboard Music Awards on May 20, the first time for a K-pop group.

The popular boy band, which debuted in 2013, was chosen by Rolling Stone along with musicians Missio, Jonas Blue and Kacy Hill. BTS was at the top of the list.

Rolling Stone also posted the video of BTS’s latest single, “Come Back Home,” which “has a beat that bridges the gap between Black Sheep and DJ Mustard, plus bilingual lyrics that make ‘hangry’ feel like existential despair,” according to the magazine.