A child is a blessing

A child is a blessing 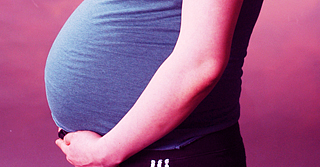 In May, a heated exchange between a reporter and a Lithuanian basketball coach went viral. The topic of concern was Augusto Lima, a player from Spain’s Real Madrid who had been loaned out to the Lithuanian team Zalgiris Kaunas for the season.

“Coach,” the young reporter asked, “what do you think about Augusto Lima going away during a series to attend the birth of his child?”
“What do I think about it? I allowed him to go,” the coach replied. “But is it normal for a player to leave the team during the semifinals?” the reporter asked.

Coach Sarunas Jasikevicius, himself a former NBA player and father of two kids, responded firmly, “When you have kids, you’ll understand. Because that’s the height of a human’s experience. Wow, that’s a good question, really. Do you think basketball is the most important thing in life? Nothing can be more majestic in the world than the birth of a child. I’m really happy for him.”

While some may criticize Lima for missing the game, the coach’s response made people realize the meaning of life. When the interview went viral on YouTube, viewers praised the exchange as a teaching moment. Lima shared a photo of his daughter and wrote, “It is undoubtedly the best gift of my life.”

Recently in Japan, the inconvenience associated with pregnancy and childbirth has become controversial. Two of the 36 women elected to the Tokyo Provincial Assembly on July 2 are pregnant and due this year. Some have criticized them for running for the assembly because they would take leave soon and were getting paid without working.

In Japan, members of the House of Representatives, House of Councilors and local assemblies are special public servants who are not given the legally guaranteed 14-week maternity leave and up to 18 months of child care leave. The assembly recognizes childbirth as an excusable reason for absence but does not offer systematic benefits. The members can use vacation days at their own discretion, but they often don’t take extended time off because they don’t want to cause any inconvenience for fellow lawmakers and upset voters.

Sweden and Norway are now reviewing a system that allows a runner-up from the same party to serve as a proxy for lawmakers taking extended maternity and child care leave. Women should not feel guilty for being pregnant, and the first encounter between a father and his child should also be guaranteed. The precious moment of welcoming a new life should not be considered a nuisance.