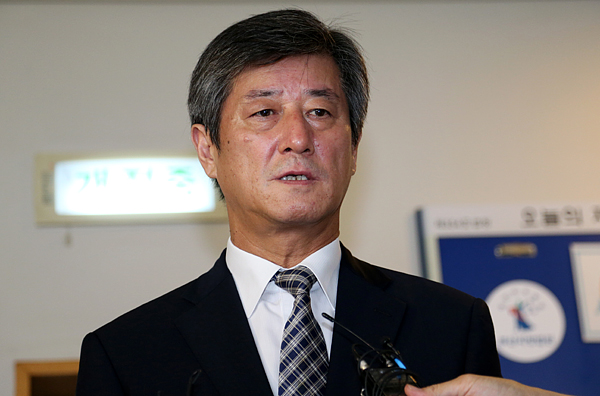 Lee, who headed Asia’s largest film festival from 2010 to last year, was earlier given a suspended sentence of six months jail time with two years probation for embezzling 25.7 million won in November 2014. But the court reduced the ruling in Lee’s appeal trial last week, saying Lee did not pocket any of the money personally.

Prosecutors indicted Lee in May 2016, saying he gave a local firm the money disguised as a brokerage commission when the company demanded the festival cover losses it suffered after engaging in a joint business to start a TV channel for the festival films with BIFF.

BIFF made an official announcement following the ruling last week, arguing Lee should be acquitted, as he was a scapegoat of the previous Park Geun-hye administration’s blacklist of cultural figures.

“Lee’s indictment itself was triggered by political oppression, and he did not commit any personal irregularity,” said BIFF’s executive director Kang Soo-youn.

Lee screened the controversial documentary, “The Truth Shall Not Sink with Sewol” at 2014’s BIFF despite city government request for it to not screen it. The documentary accused the country’s coast guard of not doing enough to save hundreds of students who died aboard the ferry on April 16, 2014. It accused the mainstream media of spreading propaganda-like misinformation.