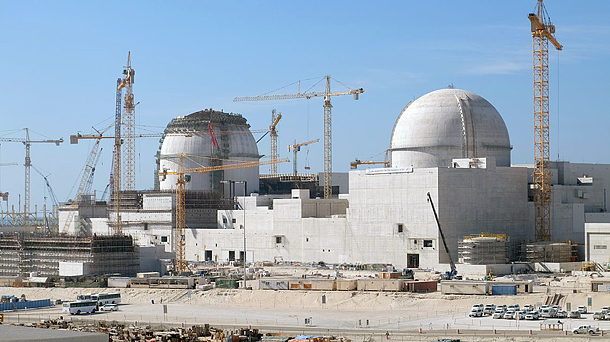 In history, there have been three major nuclear power plant accidents that led to fatalities. They were Three Mile Island in the United States in 1979, Chernobyl in Ukraine in 1986 and Fukushima in Japan in 2011.

The three countries declared nuclear phaseouts afterward but returned to new nuclear energy policies with bolstered safety after some time. In 2010, U.S. President Barack Obama approved the construction of a nuclear reactor for the first time in 31 years. “If we fail to invest in the technologies of tomorrow, then we’re going to be importing those technologies instead of exporting them,” Obama said, promising the issue of safety could be handled with science. The stance has been bolstered by the current president, Donald Trump.

In a recent interview, Takashi Kawamura, chairman of Japan’s Tokyo Electric Power Company, said that even the oil-producing United Arab Emirates is building nuclear power plants and that the Japanese economy will suffer if it abandons nuclear energy. The countries that have experienced nuclear accidents are rebuilding their plants, but the Korean government is suspending ongoing projects based on the imagination of an accident. The simple-mindedness is astonishing.

Of course, the government needs to take into account the people’s concerns about an accident, no matter how small the possibility is. At the same time, it is the responsibility of President Moon Jae-in to pay attention to the unemployment disaster of 50,000 workers from 760 companies losing their jobs if construction of the Shin Kori 5 and 6 nuclear reactors is permanently stopped.

The problem is that Moon is surrounded by radical environmentalists who argue that we must not eat mackerels from the Northern Pacific for the next 300 years due to the effects of radiation, and populist politicians who support a temporary suspension of the project to please nearby residents. If Moon had the opportunity to listen to the advice of atomic expert Lee Byung-ryung, credited with developing an indigenous nuclear power plant for Korea, he would have been able to get a balanced view. That is why we need to bring Lee to the president.

Lee obtained a doctoral degree from the Korea Advanced Institute of Science and Technology, led the nuclear plant headquarters of the Korea Atomic Energy Research Institute and later served as head of the North Korea nuclear plant assistance team at the institute. He succeeded in designing a Korean nuclear power plant in the early 1990s with his passion for independent technology and the courage to counter the United States with tenacity and leadership.

The Korean model became a star in the nuclear energy industry when his design was selected for two light-water nuclear reactors to be built in North Korea as compensation for its nuclear disarmament during the first nuclear crisis in 1994. His design was selected over the designs of Russian manufacturers and Westinghouse in the United States.

Although the project was later suspended due to politics, Lee’s design progressed further when two reactors were built in Uljin in South Korea in 1998 and 1999. The system was further upgraded, and Korea exported the design to the United Arab Emirates in 2009 for 20 trillion won ($18 billion).

One of the reasons Lee was able to develop a nuclear reactor design that was world-class in terms of price, safety and construction time was because he managed to utilize the period when the United States was neglectful in protecting its nuclear plant technologies in the aftermath of the Three Mile Island disaster. Westinghouse was purchased by Japan, and when Lee was trying to develop his own design, his attempts were obstructed by the so-called nuclear mafia. Their submissive attitude toward the United States and a bureaucracy that wanted to avoid challenges and devotion reportedly hindered his efforts.

Lee used to be one of the most famous scientists in the 1990s. Ahead of the legislative election in 1996, Kim Dae-jung and Roh Moo-hyun, who would both eventually serve as president of Korea, competed to recruit Lee as a candidate for their parties. His spirit of independence and renewal drew the attention of the two progressive political leaders. Lee is one of few nuclear experts capable of giving candid and righteous advice to Moon while keeping the spirit of the two late presidents.