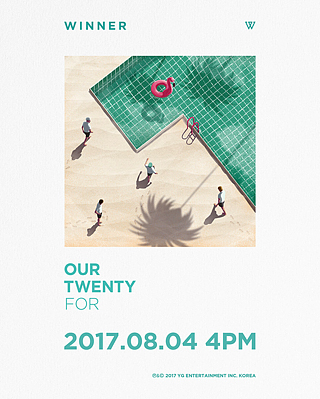 Boy group WINNER will make their long-awaited comeback with the album “Our Twenty For,” approximately four months after their April single, “Really Really.”

YG Entertainment released teasers of songs from the group’s upcoming album as well as the album’s release date, August 4, on its official homepage on Monday.

The release date keeps the recurring theme of the number four from its last album, as the group schedules to release the new single, their first in four months, at 4:04 p.m., on August 4.

The significance and the emphasis of the number comes after Nam Tae-hyun left the group in November 2016, which made them a four-member group. Their last album, “Fate Number For” was released on April 4, 4:04 p.m.