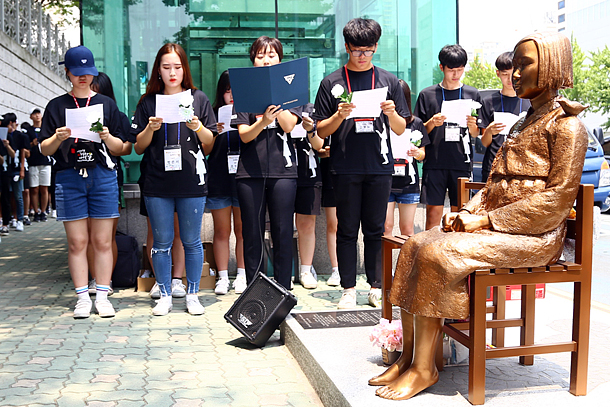 YMCA members of Korea’s southeast Yeongnam region gather near the Japanese Consulate in Busan on Monday, calling on Tokyo to scrap a bilateral deal it signed with Seoul to settle the “comfort women” issue, which refers to Japan’s system of sexual slavery during World War II. [YONHAP]