Speed skaters not worried about pressure at PyeongChang

Speed skaters not worried about pressure at PyeongChang 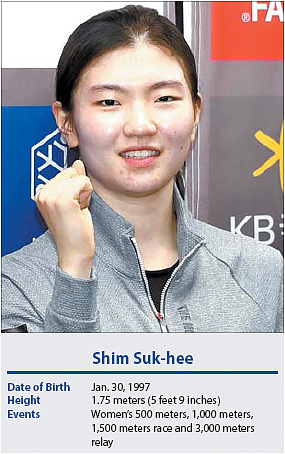 Korea’s two leading stars in women’s short track speed skating said Tuesday that they are not concerned about the pressure of satisfying home fans at the upcoming 2018 PyeongChang Winter Olympics.

Shim Suk-hee and Choi Min-jeong have dominated the women’s competition in recent years and they will be considered heavy favorites at the first Winter Olympics in Korea next year.

Shim, 20, won three medals at her Olympic debut in 2014, while Choi is a two-time world overall champion.

Although they will face pressure when they compete in front of home fans, Shim said she is ready to handle it.

“People say enormous media attention puts us under pressure, but I feel thankful that they have big expectations,” Shim said at a media event at the National Training Center in Seoul. “Instead of feeling pressure or concern, I just focus on training so that I don’t regret [my performance at the Games].” 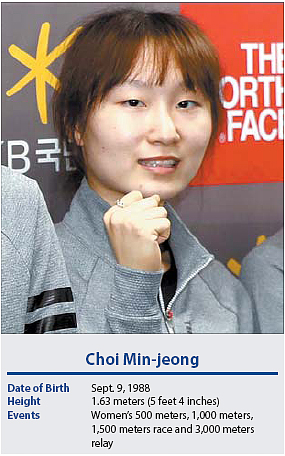 “At the Sochi Games, I was young and had no experience,” she said. “At the PyeongChang Olympics, I want to win individual events. I want to get results that I can congratulate myself on.”

“Last season, I had a good result in the 500m, but I also felt that I still need to improve,” she said. “These days, I’m concentrating on improving my start, power and acceleration, the things that were considered my weaknesses.”

Shim and Choi may go head-to-head in individual events at the PyeongChang Games, but in relay competitions, the two short trackers said they are ready to help the team. On the women’s team, they are joined by Kim A-lang, Lee Yu-bin and Kim Ye-jin.

“The relay is the only event where all of us can smile in the end, so we really want to win,” Shim said. “I hope young skaters who will make their Olympic debut don’t suffer from nerves and perform well.”