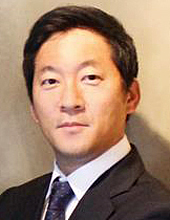 Kang Hoon, CEO of the local coffee and dessert franchise MangoSix, was found dead in his bathroom in southern Seoul on Monday, according to police.

No suicide note was found. Police plan to request the National Forensic Service to conduct an autopsy this week.

The death of the 49-year-old businessman, who was once nicknamed “Coffee King” for his sprawling and once successful coffee franchise, came as he was under growing financial distress amid faltering market performance of his latest coffee and fruit juice chains, MangoSix and JuiceSix.

Kang’s first coffee enterprise business began in 1998, when he co-founded Hollys Coffee, which expanded into 40 branches in five years.

After selling his share in the franchise business, he returned to the coffee business in 2008 by taking the helm of Caffe Bene, another local coffee chain.

At the peak of its success, Caffe Bene opened its 300th branch in 2010, though it soon began to struggle.

In 2010, Kang set up the marketing firm KH Company, taking its name from his initials, and introduced yet another coffee and dessert chain, MangoSix, which he said was poised to target overseas markets, particularly China.

After a MangoSix branch was used as a filming location for a hit 2012 Korean drama, Kang said he aimed to set up 3,000 branches in China within 10 years.

In April 2016, he acquired the KJ Marketing firm, which owned CoffeeSix and JuiceSix, but there were worries that he was a reckless business leader.

Still, Kang’s coffee business seemed to be doing fine and he wrote a book titled “Don’t Copy, Take the Lead” about his business principles.

But Kang’s business has been struggling lately with the number of MangoSix branches dwindling amid falling profits.

“I knew his business was having a tough time, but I didn’t know it was in such bad shape,” an industry insider told the JoongAng Ilbo on Tuesday, upon learning of Kang’s death.

Kang, who is divorced and has a 21-year-old son, recently moved to a one-room studio in Seocho District on a monthly rent, where his body was found on Monday.

With Kang’s death, the fate of his struggling franchise hangs in the balance. MangoSix and JuiceSix have 100 and 120 branches nationwide, respectively.