Citizens are not geese

Citizens are not geese 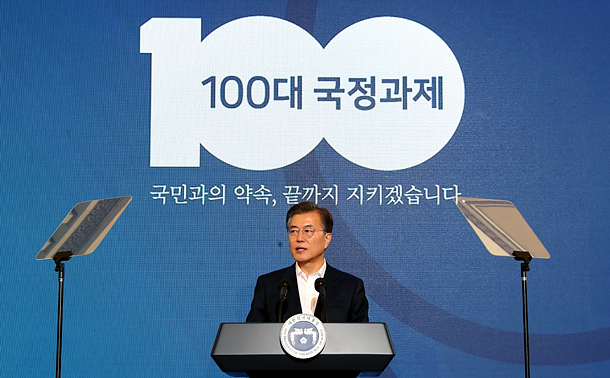 The 17th century French minister Jean-Baptiste Colbert compared raising taxes to plucking goose feathers. The key was to get as many feathers without making the goose cry. In the last administration, Park Geun-hye’s secretary for economic affairs, Cho won-dong, cited the quote and found himself in a controversy.

In fact, the Park Geun-hye administration’s welfare without a tax increase was faithful to Colbert’s maxim. The government did not expand or increase taxes but tax revenue increased drastically. The administration said the tax collection system had improved and real estate transactions had significantly increased.

But the trick had its limits. Over time, taxpayers instinctively realized that they were paying more. What turned suspicion into conviction was the tax increase on cigarettes. The Park administration argued that the tax increase was for the health of the citizens, but cigarette sales did not go down much. Instead, 5 trillion won ($4.46 billion) in taxes was raised. Public sentiment turned away from the Park administration as people got tired of such thinly disguised tricks.

Vice Prime Minister Kim Dong-yeon made things clear when it came to the rate increase on corporate and income taxes. The budget expert knows that it is hard to keep all the promises without raising taxes. But he must have made a strategic decision that he would wait until the government is lined up for the battle.

However, ruling party leaders have a different idea. The Minister of the Interior and Safety Kim Boo-kyum said that the government should be more honest with citizens, and the Democratic Party chair Choo Mi-ae proposed a tax increase plan. The Blue House also supports this, and the government changed direction.

Is the government more honest? The tax increase for the super-rich and corporate giants is a double-edged sword. Opposition would be minimal, but it would raise only 20 trillion won over five years, whereas 178 trillion won is needed to implement national tasks. But once the tax rate is modified, it is hard to change.

Taxes on the low and middle-income classes would not be increased, so heavy taxes for more welfare would be a challenge.

What are the remaining options? Promises can be implemented selectively, indirect tax increases may be imposed as the Park Geun-hye administration did, or debts can be increased. The administration is considering improving the government bond issuing system, so raising money through sovereign bonds is likely. But it could mean a tax burden for future generations.

Nevertheless, we need to contemplate Minister Kim’s comment. Let’s be more honest. We are not living in a feudal system and citizens are not geese.

*The author is a deputy business news editor of JTBC.