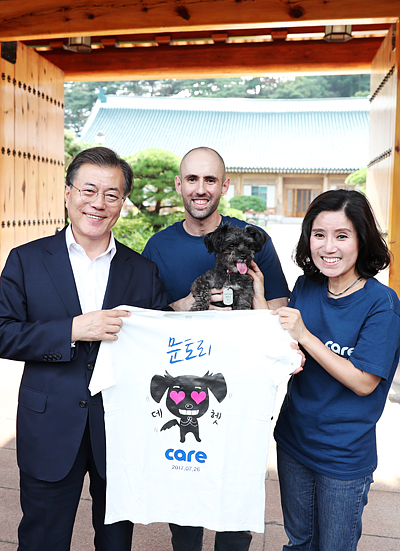 President Moon Jae-in adopts an abandoned dog named Tori from an animal protection group, Care, whose members visit the Blue House Wednesday afternoon with the dog. During the presidential campaign, Moon promised if he became president that he would adopt the abandoned dog, which the group rescued right before it was slaughtered two years ago. [YONHAP]