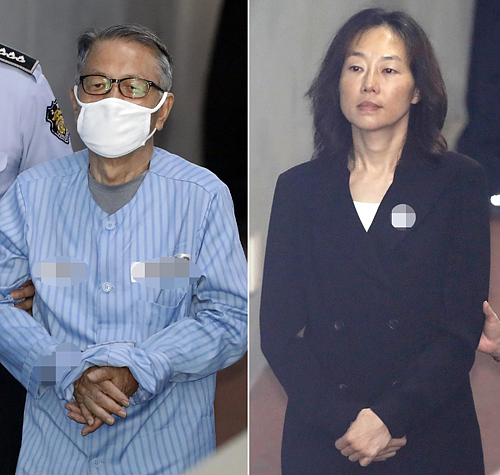 A Seoul court delivered on Thursday its verdict on two former aides of ousted leader Park Geun-hye on trial for keeping a list of cultural figures critical of the government to bar them from state support.

It meted out a two-year suspended sentence for ex-Culture Minister Cho Yoon-sun, accused of the same charges, and ordered her release. It found her only guilty of lying before the parliament at a hearing on the blacklist scandal last year.

Kim and Cho were indicted in February for masterminding the creation of a register of nearly 10,000 artists, writers and filmmakers deemed unfriendly to the conservative administration. Those on the list were denied state subsidies.

The special counsel team investigating the case sought seven years in prison for Kim and six years for Cho at the final trial on July 3.

The court also sentenced five other ranking government officials to one and a half to two years in jail, with some of them on probation, for their involvement in creating and managing the blacklist.

The so-called artist blacklist case is part of a massive corruption scandal that removed Park from office in March. Park is standing trial on a string of charges including taking bribes from Samsung, alongside her lifelong friend Choi Soon-sil accused of colluding with the ex-president.