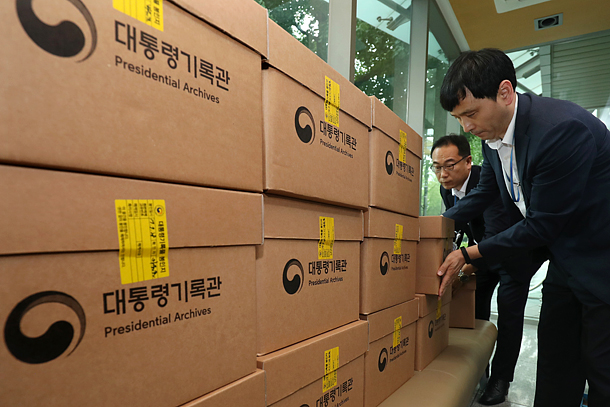 Officials at the Blue House oversee the transfer of 17 boxes to the Presidential Archives containing some 1,290 documents and other records found last week in the National Security Office and other rooms used by former presidential secretaries under the previous administration. Presidential spokesman Park Soo-hyun said that after the documents are classified, some may be released to the public in accordance with the law governing presidential records. This comes as the Blue House has revealed a string of documents from the Park Geun-hye government earlier this month. [YONHAP]