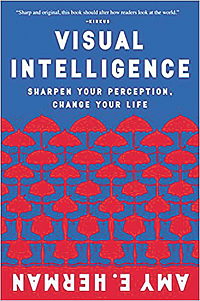 How can looking at Monet’s water lily paintings help save a company millions? How can noticing people’s footwear foil a terrorist attack? How can your choice of adjective win an argument, calm your children or catch a thief?

In her celebrated seminar “The Art of Perception,” art historian Amy Herman has trained experts from many fields to perceive and communicate better. By showing people how to look closely at images, she helps them hone their “visual intelligence,” a set of skills we all possess but few of us know how to use effectively.

She has spent more than a decade teaching doctors to observe patients instead of their charts, helping police officers separate facts from opinions when investigating a crime, and training professionals from the FBI, the State Department, Fortune 500 companies and the military to recognize the most pertinent and useful information.

Her lessons highlight far more than the physical objects you may be missing; they teach you how to recognize the talents, opportunities and dangers that surround you every day.

“Herman offers a compelling case for the life-enhancing value-and central importance-of careful observation,” writes Daniel Weiss, president of the Metropolitan Museum of Art. “‘Visual Intelligence’ is a fascinating book and an important one-and it is a great read.”

“Sharp and original, this book should alter how readers look at the world,” writes Kirkus.

“This fascinating and beautifully illustrated book will make you see the world more clearly than you ever have before,” says Leonard Mlodinow, author of “Subliminal” and “The Drunkard’s Walk.” “And that clarity will transform how you deal with the challenges and opportunities you face every day.” 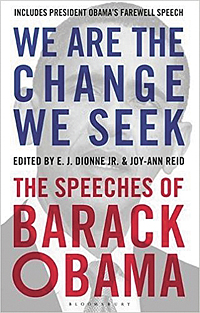 We Are the Change We Seek: The Speeches of Barack Obama

A collection of Barack Obama’s greatest speeches, now including his farewell address, selected and introduced by columnist E.J. Dionne and MSNBC host Joy-Ann Reid. It includes 27 of his greatest addresses, beginning with his 2002 speech opposing the Iraq War and closing with his final address in early 2017.

As president, Obama’s words had the power to move the country, and often the world, as few presidents before him. Whether acting as commander in chief or consoler in chief, Obama adopted a unique rhetorical style that could simultaneously speak to the national mood and change the course of public events.

Obama’s eloquence, both written and spoken, propelled him to national prominence and ultimately made it possible for the son of a Kenyan man and a white woman from Kansas to become the first black president of the United States.

These speeches span Obama’s career - from his time in state government through to the end of his tenure as president - and the issues most important to our time: war, inequality, race relations, gun violence and human rights.

The book opens with an essay placing Obama’s oratorical contributions within the flow of American history by Dionne, columnist and author of “Why The Right Went Wrong,” and Reid, the host of “AM Joy” on MSNBC and author of “Fracture.” 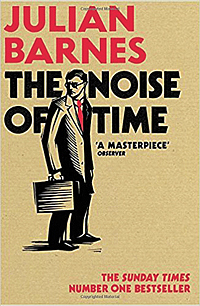 The Noise of Time

In May 1937, a man in his early 30s waits by the lift of a Leningrad apartment block. He waits all through the night, expecting to be taken away to the Big House.

Any celebrity he has known in the previous decade is no use to him now. And few who are taken to the Big House ever return.

The Daily Express lauds it as “a tour de force by a master novelist at the top of his game.”

“A profound meditation on power and the relationship of art and power,” writes The Scotsman. “It is a masterpiece of sympathetic understanding.”