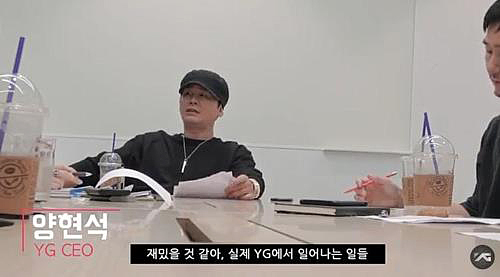 YG Entertainment said Sunday it will produce its own reality TV program featuring its stars as the company is set to push its boundaries beyond the music industry.

“From September, we will start shooting a reality show titled ‘YG JeonJa’ based on real-life episodes happening inside YG,” the company said in a statement. JeonJa in Korean is short for strategic archive. It also unveiled a teaser video titled “Planning Meeting of YG JeonJa.”

It will be directed by Park Jun-su, who earlier this year moved to the entertainment company from the cable music channel Mnet.

The teaser clip featured its own stars, including the company’s founder and CEO Yang Hyun-suk, BigBang’s Seungri, CL, Winner, iKon and Blackpink.

When and on which channel the show will air haven’t been determined yet, the company said.